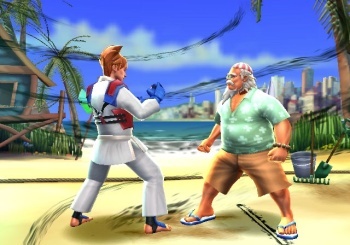 Game piracy is a serious problem but an even bigger threat to the videogame industry, according to Blitz Games co-founder Andrew Oliver, comes from a perfectly legal source: The trading and selling of pre-owned games.

Piracy may be skeevy but morality doesn’t pay the bills and the bottom line for game publishers is all about the Benjamins. Revenues are the real issue, not the good conduct of gamers, and in that regard what’s really hammering the industry is the second-hand market.

“Arguably the bigger problem on consoles now is the trading in of games,” Oliver told Develop. “I understand why players do this, games are expensive and after a few weeks of playing you’ve either beaten it or got bored of it, so trading it back in to help pay for the next seems sensible when people are short of cash.”

Oliver claimed that games can be traded as many as four times in their lifespan, effectively reducing developer and publisher royalties for some titles to a quarter of what they should be. “So while retail may be announcing a reasonable season, the money going back up the chain is a fraction of what it was only a few years ago,” he said. “This is a much bigger problem than piracy on the main consoles.”

Oliver’s comment comes on the heels of EA Sports’ announcement of Online Pass, a Project Ten Dollar-style program that incorporates digital distribution of bonus game content into new videogame sales. Beginning with the upcoming Tiger Woods PGA Tour 11, gamers who buy brand-new copies of EA Sports releases will receive single-use codes for bonus content and online gameplay options, while anyone who buys a used copy will have to pay extra for it.