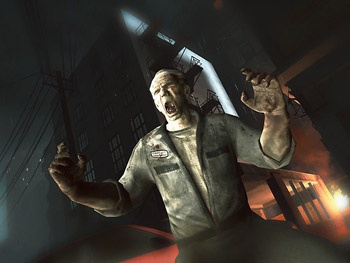 Valve marketing director Doug Lombardi says the studio’s lack of interest in the PlayStation 3 is primarily a matter of choice and that it won’t actively support the console until it can assemble a dedicated PS3 team.

Valve and the PlayStation 3 are like oil and water: They hate each other’s guts. That might be overstating it a bit but there’s no question that while Valve enthusiastically moved from its PC roots to support the Xbox 360, it hasn’t done much to embrace the Sony console. As far back as 2007, Valve honcho Gabe Newell said the PS3 was a “waste of time” and more recently, Tom Leonard said the hassles of programming on the console got in the way of creating memorable game experiences.

Whatever the reason, Lombardi made it clear that Valve has no intentions of changing direction on the system anytime soon. “We’ve run a couple of experiments over the years of PlayStation in general; we did Half-Life on PS2 with an outside company and then we did Orange Box [on] PS3 with an outside company,” he told CVG. “We weren’t able to deliver the same type of product on PS3 and PS2 for that matter that we were on the 360 and PC.”

“We’re really, really proud of the fact that whatever platform you play the game on you’re getting the same experience, you’re getting the same Metacritic score,” he continued. “Until we have the ability to get a PS3 team together, until we find the people who want to come to Valve or who are at Valve who want to work on that, I don’t really see us moving to that platform. We’ve kind of learned a lesson in that again, if we were customers of that product on PlayStation, we’d feel like we sort of got the stepchild version of the product while the guys on the PC and the 360 got the sweet version of it.”

So there you have it. Valve doesn’t hate the PlayStation 3 at all, it just loves PS3 owners so much that it can stand to see them getting the second-class treatment.