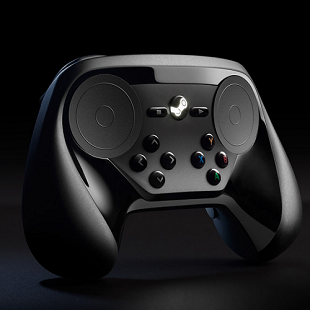 The new design, announced in January but not seen until today, does away with the touchpad, seen here on the first version, while adding in some replacement buttons. The Steam logo is a home-style button, flanked by Play and Stop buttons (for media playback, no doubt). The A-B-X-Y buttons, while present on the original Steam Controller, have been moved down into a traditional diamond-square pattern.

As Kotaku points out, the new design will undoubtedly make the controller more Windows-friendly, as the button layout should play nice with the same XInput drivers used by the Xbox 360 controller.

No word on when the controller will go on sale, but it will be available for demoing at next week’s GDC.

Check out this image of the controller assembly, boards and all.