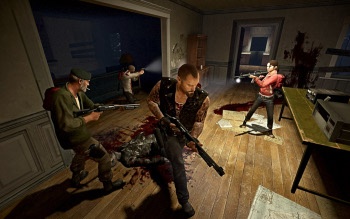 If you’ve been wondering why Valve doesn’t seem terribly interested in developing games for the PlayStation 3, designer Tom Leonard has a very simple explanation: It’s just too damn complicated.

Valve has made a lot of great games over the years, first for the PC and more recently for the Xbox 360. The PlayStation 3, on the other hand, hasn’t seen much love from Gabe and the gang. The reason, says Tom Leonard, who worked as a programmer on Thief: The Dark Project and System Shock 2 before coming to Valve, is simple: The complexity of the PlayStation 3 hinders quality game development.

“The PC and the 360 are just more straightforward. We can focus on what we want to do, which is make game experiences, instead of sweating bullets over obscure architectural decisions they make with their platform,” he told Loot Ninja. “I didn’t come into this business in the 90s because of some technical fetish. I came in because I wanted to give people experiences that made them have fun.”

Leonard isn’t the only member of Valve who doesn’t care for the PlayStation 3. In 2007, co-founder Gabe Newell did some PS3 ranting of his own, calling the unit “a waste of everybody’s time” and saying that nothing developers did on the platform would do them any good anywhere else. “You’re not going to gain anything except a hatred of the architecture they’ve created,” he said.

But according to none other than Sony Computer Entertainment President Kaz Hirai himself, it’s all part of the Master Plan: Hirai said in February that Sony had intentionally designed the PS3 to be difficult to program so that developers wouldn’t be able to maximize its potential right away.