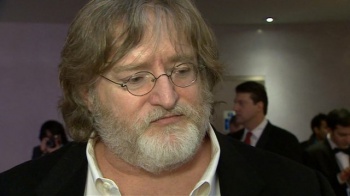 Valve will be offering prototypes of its home console for testing within four months.

Valve’s Gabe Newell recently spoke to BBC News, saying that the company expects to offer prototypes of its upcoming videogame console very soon. “We’ll be giving out some prototypes to customers to gauge their reactions, I guess, in the next three to four months,” Newell said. The Steam Box is rumored to run on a Linux-based architecture, and bring all of the games currently available on Valve’s Steam platform to your living room TV, utilizing Steam’s recently released Big Picture Mode.

“There are noise issues and heat issues and being able to [deal with] that while still offering a powerful enough gaming experience is the challenge in building it,” said Newell, explaining why the console is taking so long to surface. He added that the company has yet to finalize what kind of controller the device will use, saying that Valve wants to explore the possibility of including sensors to measure gamers’ body states.

“If you think of a game like Left 4 Dead – which was trying to put you into a sort of horror movie – if you don’t change the experience of what the player is actually feeling then it stops being a horror game,” Newell explained. “So you need to actually be able to directly measure how aroused the player is – what their heart rate is, things like that – in order to offer them a new experience each time they play.”

Valve’s Steam platform consists of thousands of titles from multiple developers, including all Valve-produced titles. It has over 50 million registered accounts with software for the Windows, Mac and Linux operating systems.

The price and features of the Steam Box have yet to be confirmed. Newell, as expected, declined to comment on whether or not Valve is actually working on a Half-Life sequel.

Loot The Past in Old School Runescape