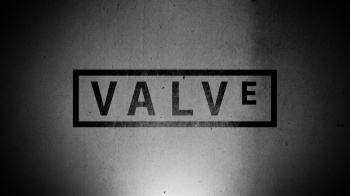 Quality is worth far more to Valve than punctuality.

Half-Life developer Valve believes that Valve Time – the peculiar phenomenon by which time appears to dilate such that the company’s release dates never seem accurate – is in fact a good thing.

In an interview with Eurogamer at the Develop conference in Brighton, Valve’s head of business development Jason Holtman said that the delays were just a side-effect of the company’s unusual development cycle. The company, he says, doesn’t conform to the formal schedules adopted by most other studios. The flexibility that this strategy affords sometimes leads to incorrect announcements, or lengthy stretches of time devoid of any new information. However, Holtman said, it also allows the team to focus more on the quality of the game than on when it will be released. “We would infinitely rather have happy customers for decades, rather than a happy batch of customers at one Christmas,” he stated.

The existence of Valve Time doesn’t necessarily mean that everything developed by the company needs to be matured like a fine whiskey, though. On the contrary, there are plenty of updates and features which end up taking far less time than the team expects, but these rarely get much fan attention in comparison to larger announcements.

Valve comes under a lot of flak for its protracted development times, especially over the long-awaited Half-Life 2: Episode 3 , whose existence has rarely even been hinted at in the five years following the release of Episode 2. Despite the constant badgering for updates from fans, however, spirits within the company remain high. Indeed, Holtman sees the heated fan response as a compliment of the highest order. When inevitably asked if he had any new information regarding Half-Life, though, Holtman simply replied “No. See, now I’m being cagey.” It’s clear, then, that Valve isn’t looking to alter its working structure any time soon, meaning that the mixed blessing of Valve Time is here to stay.