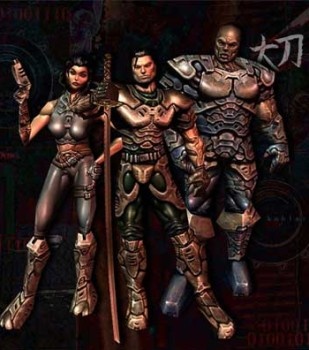 Williams’ study examined “the top 150 games” across nine platforms and all ratings, with weighting applied based on each game’s popularity. He found that less than three percent of videogame characters were “recognizably Hispanic,” and of those that were, all were non-playable supporting characters. Women, children, Natives and the elderly were also lacking in proportionate numbers; despite women making up 40 percent of gamers, he noted, only ten percent of playable game characters were female.

“Latino children play more videogames than white children. And they’re really not able to play themselves. For identity formation, that’s a problem. And for generating interest in technology, it may place underrepresented groups behind the curve,” Williams said.

“Ironically, they may even be less likely to become game makers themselves, helping to perpetuate the cycle,” he continued. “Many have suggested that games function as crucial gatekeepers for interest in science, technology, engineering and math.”

African-Americans appeared in proportion to their real-world numbers, according to the study, but they mainly show up in sports titles and those that “reinforce stereotypes,” such as the 50 Cent games.

But as TG Daily points out, the study has two major limitations: First, that many games feature non-human characters, and second, many first-person perspective games never give players a look at who they actually are. The study only looked at games that included visible, human characters.

“The characters the developers put in the games do not match the real world,” Williams said, although he admitted that his possible explanations for that fact were simply “informed guesses.” But from a more practical perspective, he did have one piece of advice for developers. “”These are highly underserved groups,” he said. “It’s a missed sales opportunity.”