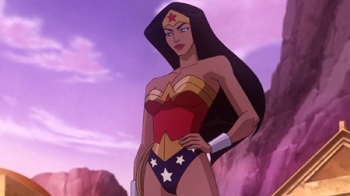 Bad timing takes the rap for the Wonder Woman revival’s failure to find a network to call its own.

It looks like golden lassos and invisible jets won’t become a regular fixture on our TV screens. At least, not for a while, as Warner Bros. has shelved David E. Kelley’s proposed Wonder Woman TV show after it failed to secure a broadcast deal.

Sources blame the situation on “unfortunate timing.” While Warner’s CW channel would have been an ideal fit, it was unable to afford the show, so the team had to look elsewhere. Representatives showed Kelly’s pilot script to Fox, ABC, CBS, and NBC. Fox turned the script down, but it was apparently never thought to be a good fit for the network anyway, and was only shown as a courtesy.

ABC’s refusal was said to be political, as parent company, Disney, also owns Marvel – main rival to Wonder Woman owner, DC. It’s thought that ABC preferred to focus on developing Marvel properties, rather than on a rival’s character. As for the two remaining networks, CBS was unable to reach a consensus about the show, and NBC is supposedly in a transition period between two heads of programming. This made it impossible to reach a deal for the amount of money Kelly would have needed to make the show he’d imagined.

This doesn’t necessarily spell doom for the project, as there’s nothing stopping Warner Bros. from attempting to secure a deal again at a later date. Unfortunately, it seems unlikely that that second chance will come any time soon.