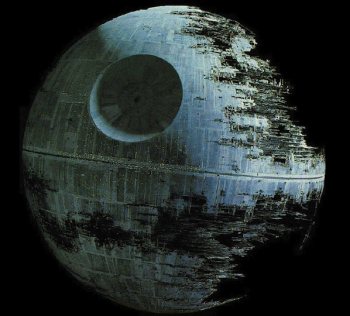 The U.S. government says this isn’t the petition response you’re looking for.

Back in December, an enterprising individual launched an official petition to the White House calling on it to “secure resources and funding, and begin construction of a Death Star by 2016.” The massive effort to build the “space superiority platform and weapon system,” the petition said, would “spur job creation in the fields of construction, engineering, space exploration and more,” and of course give us a Death Star, which I think we can all agree is a pretty cool benefit in and of itself.

The Death Star petition notched up over 34,000 signatures in 30 days, which under the official “terms of participation” meant that an official response must be given. The good news is that the response has finally been delivered, but the bad news is that “a Death Star isn’t on the horizon.”

Among the reasons for rejecting the petition are the cost – an estimated $850,000,000,000,000,000 – as well as one or two inherent design flaws and an Administration policy against blowing up planets. The White House also pointed out that we already have the International Space Station floating above the planet, plus two rovers on Mars and, even though they can’t do the Kessel Run in less than 12 parsecs, a pair of spacecraft about to venture beyond the boundaries of the solar system.

I’m not sure I agree – hokey religions are no match for an ultimate weapon in orbit, after all – but I like the response. And hey, if we can’t bring the galaxy to its knees before our Imperial might, I suppose studying it isn’t a terrible second choice.