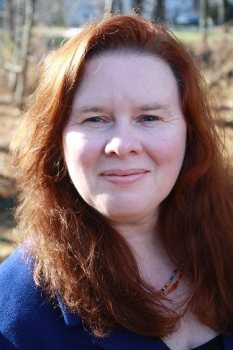 Colleen Lachowicz, who was criticized by political opponents for playing World of Warcraft, has won a seat in the Maine State Senate.

Lachowicz, the Democrat candidate for district 25 of the Maine State Senate, came to the attention of gamers early in October when her Republican opponents launched “Colleen’s World,” a website dedicated to her World of Warcraft persona Santiaga and some of the comments she made while playing, like admitting that she was part of a “socialist guild” or wanting to “dickpunch Arthas.”

Soon after the site went live, a group calling itself “Friends of Santiaga” set up an account on fundraising site ActBlue that drew in more than $6300 in donations from gamers across the U.S. Arcane election laws meant that the money couldn’t go directly to Lachowicz’s campaign, but had to be donated to two political action committees working to get her elected instead. That fine-line distinction led the Maine Republican Party to file an official complaint with the state ethics commission, alleging that she illegally encouraged visitors to her site to contribute to the ActBlue campaign; Lachowicz acknowledged posting the link but said she was not involved in setting up the ActBlue account and had no communication with the groups that received donations.

The ethics commission sided with Lachowicz unanimously, voting 5-0 to decline an investigation into the matter. Five days later she won an even bigger victory, defeating incumbent Republic Senator Thomas Martin by more than 900 votes. Lachowicz celebrated the victory by posting a link to the Final Fantasy IV “Victory Fanfare” on her Facebook page.