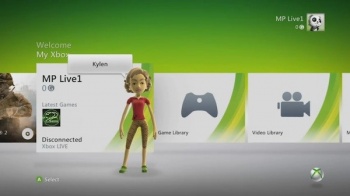 Microsoft has changed the way it handles indie games on Xbox Live, prompting an outcry from developers.

The developers of Microsoft’s Creators Club – Microsoft’s initiative to get independent games on the 360 – are up in arms after yesterday’s Xbox 360 dashboard update pushed Xbox Live Indie Games out of its former place in the Games Marketplace tab, and into the relative obscurity of the Speciality Shops section.

Indie developers have expressed their displeasure in a thread on the App Hub forums set up to lament the “death” of the Indie Games section, a situation made worse by the fact that independent games don’t appear in any A-Z listings either. Opinions about the changes differ, but the majority are angry over what they see as poor treatment from the platform holder, especially as they pay a fee for access to the Creators Club. Various posters described the change as “illogical,” “half-baked,” and even “insulting,” and have suggested that Microsoft needs to be more hands on with the service.

Despite the disappointment, however, many posters are adopting a wait and see policy with the dashboard changes, saying that the placement of the Indie Games section next to the Avatar Marketplace, as well as changes to the way that users can navigate the section may actually have a positive effect on sales. Others have countered this argument with the suggestion that the any potential boost could have been much greater had Microsoft not sequestered the indie titles away from all the other games.