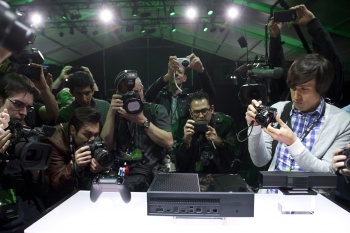 Xbox Director of Development Boyd Multerer speaks out on the Xbox One’s resolution disadvantage, and claims the console design is “out of the super-computer realm.”

While much has been said regarding the Xbox One’s technical disadvantage in comparison to the PlayStation 4, Microsoft has been adamant that the 1080p resolution and 60fps (frames-per-second) differences between the two concosles are “pretty minor.” In an interview with Total Xbox, Xbox Director of Development Boyd Multerer has commented on the resolution controversy.

Part of it is the obvious one where everyone’s still getting to know this hardware and they’ll learn to optimise it. Part of it is less obvious, in that we focused a lot of our energy on framerate. And I think we have a consistently better framerate story that we can tell.

Multerer then explains the Xbox One’s CPU and how it can deliver “smoother” frame-rates; and asking whether it should concentrate on the quality or the number of pixels.

On the CPU side, we really pushed how fast the central processor is running, so you’ll see much smoother framerates, you’ll see much less hitching on the Xbox One, and that’s a big deal in these games: you really want them to be smooth. On the number of pixels side, there’s also a kind of change in the conversation – what’s the right one to be focused on? Is it number of pixels or is the quality of pixels? And this gets into the way that the game engines run.

In the same interview, Multerer comments that the Xbox One’s GPUs “are really complicated beasts,” and how getting Xbox One games to run smoothly requires shuffling data between components with absolute precision, since even the smallest delay can up the process — which he equates to the Xbox One being designed out of the “super-computer realm.”

The GPUs are really complicated beasts this time around. In the Xbox 360 era, getting the most performance out of the GPU was all about ordering the instructions coming into your shader. It was all about hand-tweaking the order to get the maximum performance. In this era, that’s important – but it’s not nearly as important as getting all your data structures right so that you’re getting maximum bandwidth usage across all the different buffers. So it’s relatively easy to get portions of the GPU to stall. You have to have it constantly being fed.

This is a effectively a super-computer design..This is a design out of the super-computer realm. So I expect that we’re going to continue to see fairly large improvements in GPU output as people really tune these data sets.

Based on Multerer’s explanations, does this mean we should see parity between Xbox One and PS4 multi-platform games soon? For Xbox fans’ sake, let’s hope so. What do you make of Multer’s statements? And more importantly, do you agree with what he said?