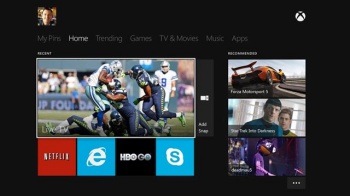 Albert Penello of Microsoft says the Xbox One will be essentially useless without the launch day update.

It’s no secret that Microsoft will have a day-one patch waiting for the Xbox One when it comes out, but it will probably come as a surprise that it’s more than just your usual spot of updating. Penello, Microsoft’s director of product planning, told Endgadget that an out-of-the-box console will do “nothing” without the day-one patch.

The issue, Penello explained, is that the Xbox One is being shipped with an old and, from the sounds of it, incomplete version of the operating system. “A lot of the apps come with the day one update because they wouldn’t have even been done,” he said. “You’re gonna need to take this update. It’s not gonna be really an optional thing.”

Microsoft made a lot of noise about dropping its online DRM for the Xbox One back in June, but it seems clear that the system’s functionality is still going to be heavily dependent on connectivity. It likely won’t be a problem for owners in well-serviced areas with fast, reliable internet, but not everyone is in the boat, believe it or not – and even those who are might find it a little hairy when half the planet is trying to nab the update at the same time.