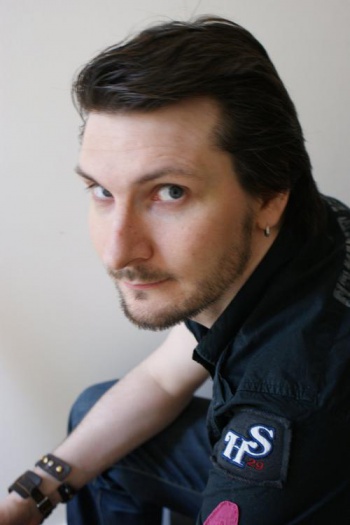 YouTube has been in the headlines a lot this past week, and not exactly under the best of circumstances. If you’re just tuning in, YouTube recently made a policy change allowing copyright holders to claim videos using gameplay footage, quickly creating a legal slippery slope. To make matters worse, most of these claims aren’t processed by human beings, but by bots that monitor YouTube channels for infringing content. Naturally, many law-abiding content creators have been caught in the crossfire, including our own Gavin “Miracle of Sound” Dunne. The Escapist‘s resident musician was hit with 7 copyright claims in a single day, plus losses in revenue, all for songs that he personally created.

“Basically, I awoke the other day to find my YouTube channel riddled with third party claims from INDMUSIC – the irony being they were being claimed on my behalf for using my own songs which I wrote and performed,” Dunne told The Escapist. “It took me 4 emails to get a response and over a day to get the claims removed, during which time INDMUSIC was taking 20% of my ad revenue from those videos without my consent for even claiming them. I had to ‘whitelist’ my YouTube channel in TuneCore’s YouTube monetization policy – which I and all the other musicians [listed here] did not ever opt into.”

This isn’t a case of a third-party organization stealing Dunne’s copyright, nor does it have anything to do with fair use of gameplay footage. INDMUSIC actually has a publishing relationship with TuneCore, the company that distributes Dunne’s songs. TuneCore authorized INDMUSIC to issue copyright notices on behalf of songwriters, but no one told artists like Dunne what was happening. He never found out until his channel, and the channels of fans authorized to use his music, came under fire from multiple copyright claims.

“Now I am being flooded with complaints by fans who used my songs (with my permission) in their gaming videos,” Dunne continued, “and have to email each one individually to TuneCore to get the claims removed. One YouTube user even got over 100 claims on a song I made for his channel. And when you do email [TuneCore], they don’t even respond. I have had to chase back down the YouTube users to ask them if the claims have been removed. Sometimes they have, sometimes they have not. no reason is being given as to why.”

While Dunne ultimately resolved the claims against his channel, the matter is far from settled. Hundreds of claims continue to be issued against authorized users of Dunne’s work, and artists will probably continue to face the after effects of YouTube’s policy change. In the end, Dunne understands why each company made these decisions, but adds that these claims ultimately hurt everyone.

“I think TuneCore has the artist’s best interests at heart but their methods need massive changes,” Dunne said. “People using our songs in lets plays/gaming videos is free advertising. I depend on this kind of word of mouth spread to popularize my music as I do not have the money for advertising and that kind of thing. They are trying to help us by collecting what we ‘are owed’, but they are doing more damage than help.”