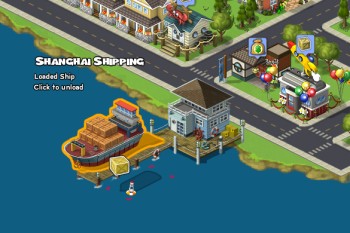 It looks like Zynga has another hit on its hands with CityVille, which debuted on Facebook last week and quickly became the studio’s best social game launch ever.

I suppose it’s bad news for anyone hoping that the air might be out of the Zynga balloon, but the demand for Ville-action on Facebook is still running strong. Zynga announced today that last week’s CityVille launch generated its best numbers ever, more than doubling the previous mark set by FrontierVille. That game drew 116,000 players on its first day; CityVille pulled in a whopping 290,000.

After a week of play, more than 2.7 million CityVille homes have been built, along with 500,000 bakeries and five million sections of road. It’s tricky to nail down what exactly that means after only a week of operation but it sure sounds impressive; possibly even more important, however, is that 25 percent of players are interacting with their friends games as well.