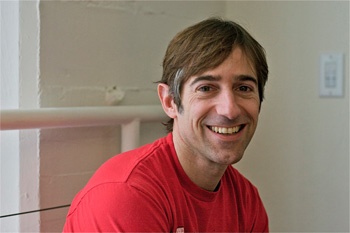 Aside from dubious marketing tactics and nasty lawsuits, Farmville maker Zynga looks even more villainous thanks to a damning feature article.

Whoever said “there’s no such thing as bad press” obviously never heard of Zynga, the casual games company that has come to dominate Facebook while simultaneously earning a pretty bad rep in the media. Aside from being accused of defacing the streets of San Francisco, being sued by Digital Chocolate, and being reported to the Norwegian Data Inspectorate for breaches of the Data Protection Act, the company is now the focus of a new feature in SF Weekly that does not paint a flattering picture in the slightest.

The article, “FarmVillains” essentially explains that Zynga’s CEO Mark Pincus (seen here) encouraged productivity over originality at his company. In layman’s terms, Pincus told his developers to just copy the games created by competing studios instead of trying to make better titles.

According to an ex-Zynga employee, Pincus once told his underlings, “I don’t fucking want innovation. You’re not smarter than your competitor. Just copy what they do and do it until you get their numbers.”

Another ex-contractor, who claimed he was offered freelance work from Zynga to copy a game, had this to say: “I was around meetings where things like that were being discussed, and the ramifications of things like that were being discussed – the fact that they’d probably be sued by the people who designed the game. And the thought was, ‘Well, that’s fine, we’ll settle.’ Our case wasn’t really defensible.”

The overall article is pretty unsettling. Until recently, I was under the impression that Zynga was a plucky underdog that had gotten lucky and hit a goldmine thanks to its casual games. Now, I’m just glad I never played any of their games nor gave any of my money to someone like Pincus.