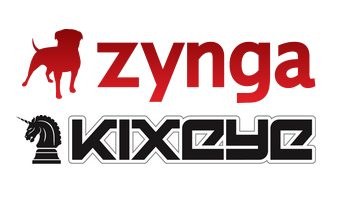 Zynga alleges that the former General Manager of CityVille made off with trade secrets when he left the company to join a rival developer.

Alan Patmore joined Zynga as “Studio General Manager” in June 2011 and a year later was promoted to General Manager of the popular CityVille. But he resigned from the company on August 16 to take the position of Product Vice President at War Commander studio Kixeye. That’s all well and good, but what isn’t kosher is that before he left, he allegedly uploaded more than 760 confidential files stored on his Zynga-issued laptop to his Dropbox account and then tried to cover it up by uninstalling and deleting Dropbox from the computer.

“The data Patmore unlawfully and intentionally stole from Zynga encompasses some of Zynga’s most valuable and confidential information,” including how the company determines which games and game mechanics will be successful, Zynga claimed in a lawsuit filed against Patmore, as well as an “internal assessment of every game feature rolled out over the last quarter” in CityVille, “historic and future monetization plans,” game design documents, confidential revenue information and a whole lot more. His entire email account, including “14 months of confidential communications reserved exclusively for Zynga’s executive staff,” also went along for the ride.

The lawsuit tosses a few zings at Patmore’s new place of employment, saying that Kixeye has “sought to achieve relevance in the online social gaming community” but remains ranked 34th among online free-to-play game developers and “has not developed and released a Top Ten game.”

“Kixeye has failed to achieve success in the online free-to-play gaming market because it lacks Zynga’s know-how concerning how to develop successful and sought-after games and effectively monetize within those games on a mass scale,” it continues, before later concluding that that’s why Patmore did what he did: He got a VP’s desk at Kixeye in exchange for giving the company access to some of Zynga’s most valuable secrets.

Zynga is seeking an injunction against any use of the stolen data, including “engaging in any activities related to the planning, design or development of online game applications that in any way involve the use or disclosure of Zynga’s trade secrets or other confidential or proprietary data,” the return of said data, general damages, punitive damages, restitution, attorney’s fees and all the rest of the usual.

Regardless of whether Patmore actually took the information as Zynga claims, Kixeye says it has nothing to do with the lawsuit. “Unfortunately, this appears to be Zynga’s new employee retention strategy: Suing former employees to scare current employees into staying,” a rep told All Things D. “They’ve clearly exhausted other options in their employee retention playbook.”

Prey 2 Is Trapped “In Limbo”