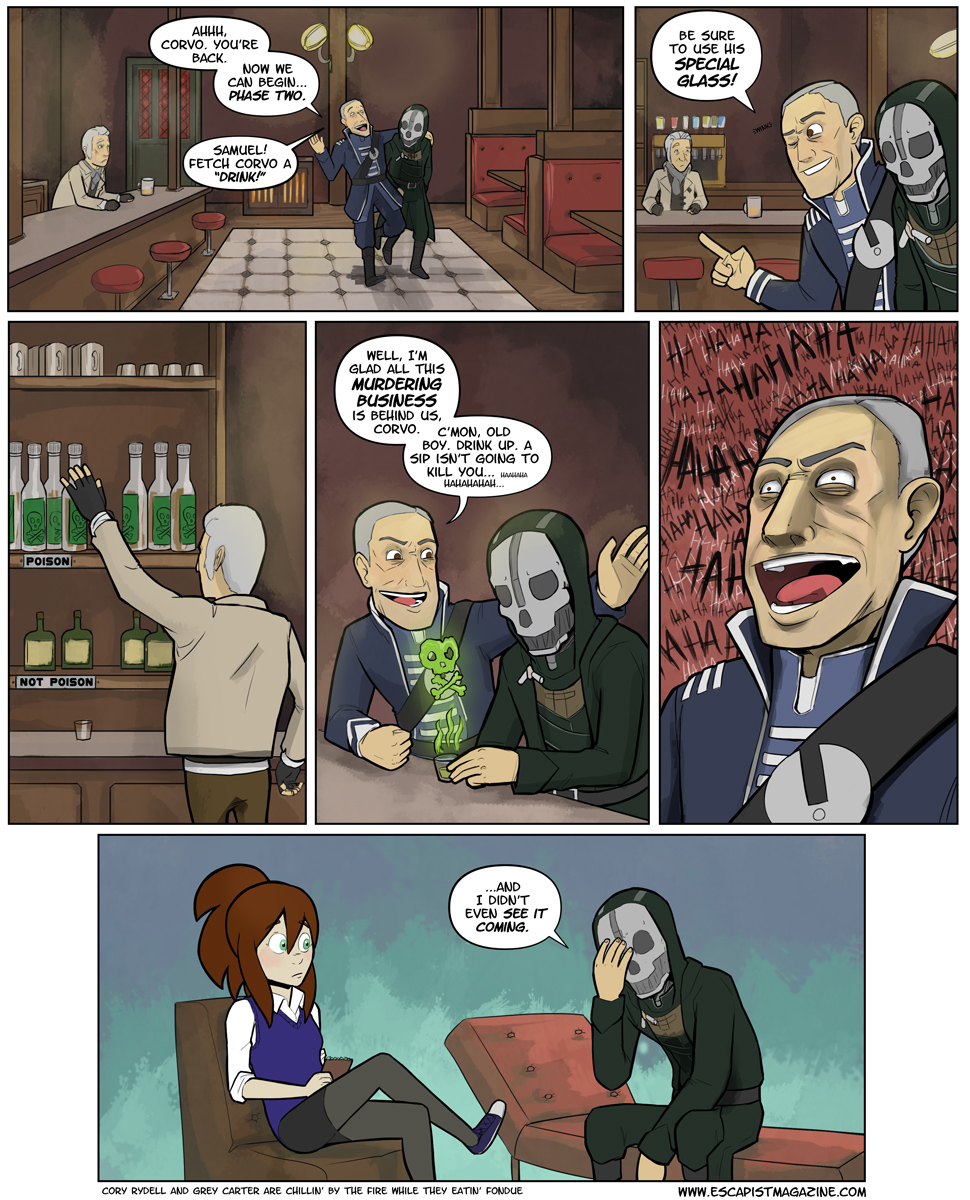 Satisfying betrayals are bastardly hard to pull off in linear games. They generally go one of two ways: Either the "twist" comes out of nowhere or it's telegraphed so heavily it barely deserves the name. While the first variant can be disorienting, it's the second that really grates my tits. In Dishonored, Corvo, who I'll remind you is a former spy, somehow manages to miss the fact his co-conspirators are planning to murder him once he's outlived his usefulness (espionage 101: this always happens). It's made even worse by their optional audio diaries, which are pretty much post it notes that read "buy eggs, overthrow government, murder hired help." The end result is that the player is forced to do stupid things despite being fully aware of the consequences, shattering whatever connection they'd managed to establish with Corvo the knife-on-a-stick.

Inevitable betrayal is a mainstay of tragic works, but tragedy thrives on the disconnection between the audience and the protagonist. Othello is tragic because we, the audience, can see what Othello can't, yet we can't influence his decisions. But in Dishonored, we are Corvo, and forcing us to do something dumb to build dramatic tension doesn't work; it just feels cheap and manipulative.

Another, potentially worse, example of this is the encounter with "The Gribbler" in the otherwise brilliant, The Longest Journey. A scene in which normally genre savvy protagonist, April Ryan, shows all the self-preservation instincts of a cancer-ridden lemming with stocks in THQ.