Regardless of age, the path to becoming a gamer is oftentimes a carbon copy of those who came before you. Some may have started with the Atari 2600 and Space Invaders, while others can cite Super Nintendo or Sega Genesis titles as their gateway into gaming, but all have one thing in common: They started with titles that anyone could play, regardless of skill level or the amount of free time that was available. 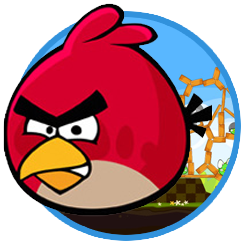 Now, the games that introduced many players to the hobby seem exceedingly simple, and most have long abandoned the titles that became the foundation for their pastime. It was impossible to fathom that videogames would become as complex as they are today, and up until fairly recently, gaming was kind to the uninitiated. But in a world of Call of Duty and Skyrim, newcomers young and old have a much harder time being welcomed into the fold.

However, just 3 years ago, a device hit the market that has now become the prime entry point for new players to dip their toes in the gaming waters with next to zero commitment. That device is Apple's iPhone, and as unassuming as the launch of the best-selling device was, millions of people quickly found themselves owning not just a capable communications device, but one of the most popular gaming gadgets of all time.

Despite debuting the iPhone in 2007, it wasn't until 2008 that Apple opened up its development policy to allow third parties to create apps and games for the now-iconic smartphone. And, much like the early days of mainstream gaming that made the hobby what it is today, things started off rather slowly. The first games to appear for Apple's smartphone were rough and sometimes buggy, but despite that, they were fun to play. And yes, there was a lot of disposable garbage mixed in, but slowly some gems began to surface.

Games like 2008's Moto Chaser were about as simple as games get, requiring only that you keep your finger on the touchscreen gas pedal and your eye on the road. It's a game that, if released for the Nintendo DS or Sony PSP, would have been universally panned by both critics and customers alike. And yet, on a device that targets consumers who may have no interest in a game console, it flourished. In fact, it's still one of the system's all-time most popular games, and at a 99-cent price point, has likely made millions for its developers.

2008 also saw the release of iShoot, a bare-bones tank warfare game in the vein of early 90's turn-based artillery titles like Scorched Earth and Tank Wars. According to its developer - a man who taught himself how to develop for the iPhone during evenings home from his day job - it score more than 500,000 99-cent sales in less than a year. Remember, we're talking about a game nearly identical to many that seasoned gamers know can be played online for absolutely free, or even downloaded as no-cost freeware. It soon became clear to amateur and professional developers alike that the iPhone had found a nearly untouched gold mine of would-be fans.