The Legion expansion for World of Warcraft has turned out to be one of the better designed expansions of the twelve year old game. Partly because Blizzard was clever enough to remake the older fan favorite dungeons and raids and update them to be released with their expansion packs. One dungeon I'm super excited to see return is Karazhan. It was, by far, the most fun and interesting dungeons to explore that Blizzard has created. It had oodles of lore to uncover with bosses and events that required more thought than simply "avoid the fire".

In the spirit of resurrecting old dungeons and playing them anew, here are 8 that one can find, in no particular order, scattered throughout World of Warcraft that we would love to be given a revival someday. 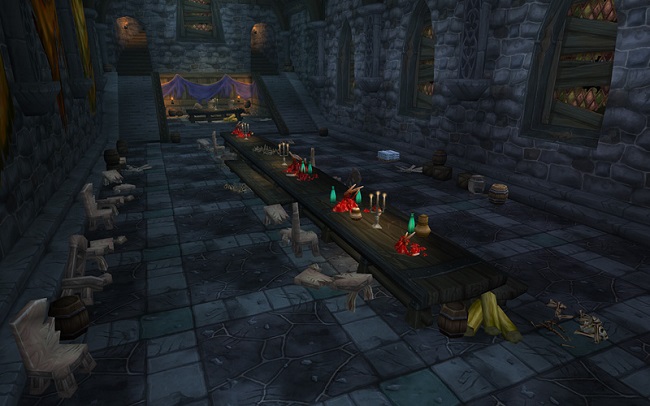 "The archmage's madness is ended, but Shadowfang Keep is far from sanctified. The traitorous Gilnean noble, Vincent Godfrey, has seized control of Shadowfang while fleeing from his many enemies. Surrounded by remnants of the Scourge and the whispering ghosts of those who've met their end in the keep over the years, Godfrey now plots the downfall of both the Alliance and Horde."

Given that in Legion, the Gilnean King is now the faction leader of the Alliance, it would be wonderful to see a remake of this timeless dungeon. Sure, it had a minor remake in Cataclysm, but not much else was changed aside from making the first fight a tad bit easier. This was always a favored dungeon amongst those who ran them constantly and it would be great to see its return.

Related to:
jeff millsgallery of the daymmorpgpcvideo gamesworld of warcraft
0
Tweet