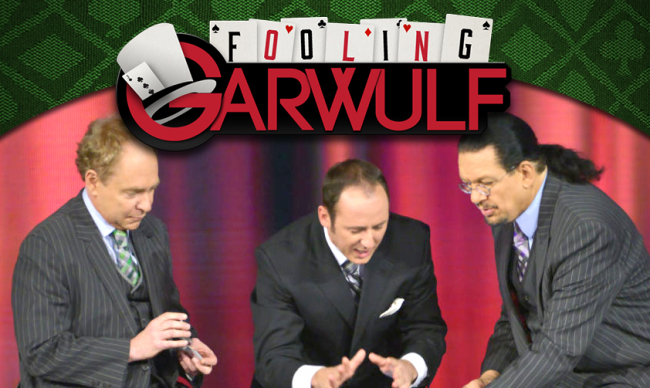 It's another week, and another episode of Penn & Teller: Fool Us - and last night's episode was one of the strongest so far this season. It was also pre-empted on at least some East Coast CW channels by a baseball game... so here it is if you missed it.

And, without further ado, the performers:

Kostya Kimlat: It's not often that you see somebody get under Penn's skin like Kimlat did. The reason has to do with the trick itself - Kimlat was performing a version of Dai Vernon's Triumph, which is perhaps one of the most famous card tricks among professional magicians (and most amateur ones). Any magician watching would have known it was a version of Triumph the minute the deck was riffle shuffled with half the cards face-up. And then, Kimlat modified his method to make the usual means of performing the trick impossible. So, this was a trick that by all rights should not even have had a chance of fooling Penn & Teller, and Kimlat baffled them. It was a great performance, and it nearly ended up being the best performance of the night... but not quite.

Frederick Falk: It may be a disservice to Falk that his trick might be most remembered for having Simon Pegg unexpectedly brought onto the stage. But, celebrity cameo notwithstanding, it was a lovely piece of mentalism that started with the mind reading of the time on the watch, then revealed that the watch had no hands, and then added a prediction using the bag of coins. It may not have fooled Penn and Teller, but it was a good, solid performance with some nice twists and turns that used its theme of the perception of time very well indeed. 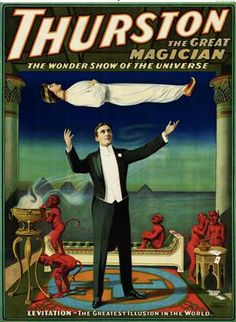 Chris Funk: The rising card is a staple of magic tricks with a number of different methods, some of which involve props, and some of which don't. By combining it with music as he did, Funk elevated what is otherwise a simple trick, first making it comic with the bad rendition of "Twinkle, Twinkle, Little Star," and then making it beautiful with his skilled playing of the violin. The disappearance of the violin at the end was just the perfect last touch. Penn and Teller were not fooled, but that really doesn't matter - Funk managed to present the best performance of the night.

(In his comments, Penn mentioned Ed Balducci, 1906-1988, who was a New York magician most famous for creating a levitation trick wherein the magician rises off the ground for a very short time.)

Nate Dendy: This was a wonderful, whimsical performance, made all the more fun by the fact that Dendy performed in silence. That he succeeded in a silent patter is impressive - it's not easy to do, and it requires the performer to be a very good mime, with a mastery of body language. The closest comparison is to Teller, and while Dendy's movements weren't quite as confident and assured as Teller's, it probably won't be long before they are. It didn't fool Penn and Teller - as Penn noted, it's a variation on a trick called The Sands of the Desert, but it was a very good performance.

Penn and Teller: This was a charming trick with a surprise twist at the end. It was great fun to watch somebody get to "be" Penn Jillette on stage, and it really looks at the beginning like Teller is going to step into the box and grab the selected card while they're flying around him. So, when it turns out to be a metamorphosis illusion instead, with the showgirl dressed up as the card, it's a great reveal that gives the audience exactly what was promised, but not in any expected way.

Related to:
robert b. marksmagicmovies and tvpenn and teller
0
Tweet