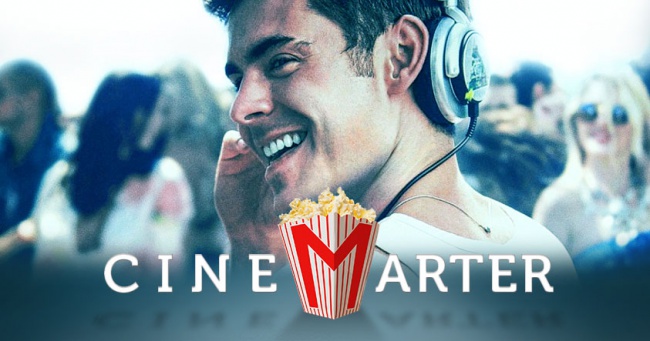 The most predictable genre in cinema is probably the coming-of-age movie, perhaps because just by listing that genre, you already know almost exactly where it's going to end. An immature character is going to experience a bunch of events that will change his or her world perspective and effectively force a big "grow up" moment, after which this individual is never the same - but for the better. We Are Your Friends - whoever came up with that title needs to be fired - is a coming-of-age film, this time set around a DJ from the Valley who wants to make it to the big time.

That DJ is Cole (Zac Efron), who explains to us that in order to become a DJ, all you need is a laptop, some talent, and a signature track. He has the first two of those, but is lacking the third and arguably most important. He and his friends - played by Jonny Weston, Shiloh Fernandez, and Alex Shaffer; their characters names aren't ones you'll remember - work a club, hang out and smoke spliffs, but ultimately are stuck in the Valley, which is not where you want to be stuck. They come across like the cast of Entourage, only much less successful and possibly better people. But the focus soon goes to Cole and his relationship with a successful DJ, James (Wes Bentley), and James' girlfriend/assistant, Sophie (Emily Ratajkowski). 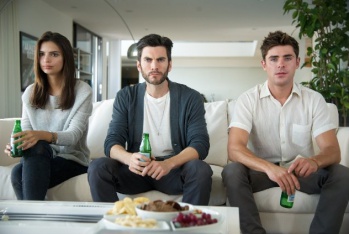 The main idea here is that Cole needs to "find himself" with his music, and does so thanks to James' advice to listen to what the world has to offer and incorporate it into his music. As such, the "signature track" he's trying to create winds up acting as a metaphor for all of the experiences that he has over the course of the film. When it's over, and he's learned all he needs to, he'll have created the track and it will represent his growth as a character. This isn't a bad idea, and by the time he finally gets to play it, I actually got goosebumps. This scene wants so badly to be Whiplash that it's not even funny, but it still works rather effectively.

We Are Your Friends is at its best when it focuses on one of two things: (1) the trio of Cole, James, and Sophie, or (2) the electronic dance music (EDM) that Cole uses when mixing his tracks. The former works because the relationships are interesting and because Wes Bentley's performance is so unhinged that it's fascinating to watch. The latter is effective only if you actually like EDM. If that's your scene, then you're going to very much appreciate what We Are Your Friends has to offer; if it's not, then stay far away, since you'll hate listening to almost all of the film.