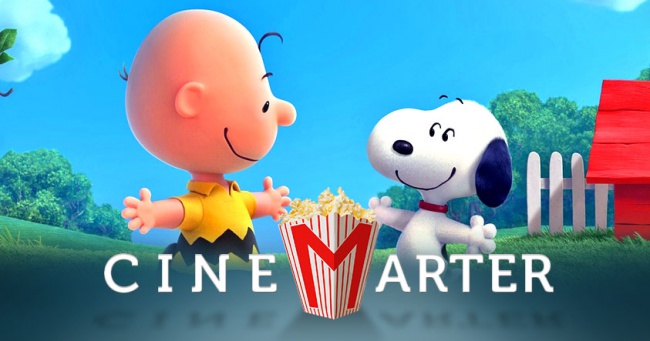 The Peanuts Movie reminds us of how enduring and iconic its series' characters are. From the moment the film begins, we know exactly who most of these people are and what their shtick is. Even for those in the audience not intimately familiar with the series - you may have caught a couple of the Peanuts specials on TV, but were never fully invested in the property - you feel right at home as soon as Schroeder (Noah Johnston) starts playing his piano or Lucy (Hadley Belle Miller) sets up her curbside psychiatric help stand. And, yes, we know Charlie Brown (Noah Schnapp) is the yellow-shirted kid who will never, ever get to kick that football.

So, then, it comes as a little bit of a disappointment that The Peanuts Movie isn't at all interested in expanding upon any of that, satisfied with its one-note characters doing their thing and nothing more. Maybe we shouldn't expect more - the franchise has been around for more than half a century, and not a whole lot has been done with them in that time - but with a big budget and a wide theatrical release, it's not an unreasonable hope. Linus (Alex Garfin) gives life advice and clutches his blanket, Peppermint Patty (Venus Schultheis) is good at sports, Marcie (Rebecca Bloom) is smart and calls Patty "sir" - these aren't personalities; they're traits that take the place of genuine character. This works in comic strips and even in 25-minute TV specials. As a feature film? Not so much. 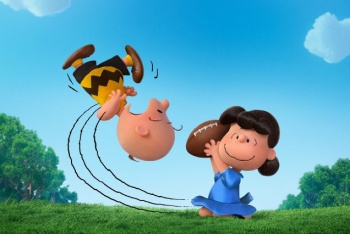 The plot, what little there is, involves Charlie Brown pining for The Little Red-Haired Girl (Francesca Capaldi), his new neighbor from across the street. Meanwhile, Snoopy (Bill Melendez, posthumously) fantasizes about fighting the Red Baron to rescue the love of his life, Fifi (Kristin Chenoweth). Snoopy's fantasies act as a metaphor for what Charlie Brown is going through. Snoopy's dogfight sequences are also the best parts of the movie.

Essentially a series of loosely connected vignettes, The Peanuts Movie shows Charlie Brown constantly fail to succeed even when success seems almost guaranteed. He's a good kid, and he never gives up - the two virtues the film wants to instill in its viewers, which is admirable enough - but he just can't quite get it done. He wants to impress the girl, because he's too afraid to simply go up and talk to her, so we watch him try to win a talent show, learn to dance, and write a book report on Leo Tolstoy's War and Peace, because nothing entertains children more than watching a beloved character write a 1,000-word report on a book of over 1,000 pages.