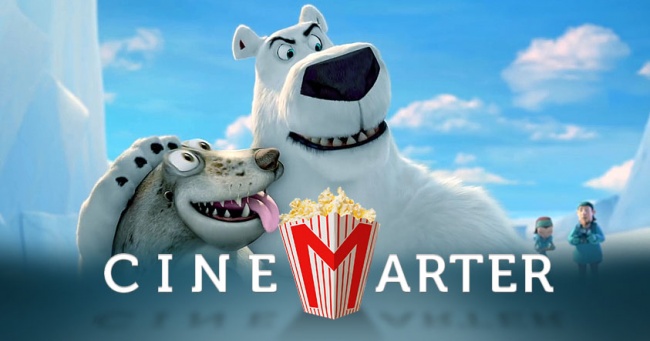 You know how some people come out of a movie and proudly proclaim "this was the worst movie I've ever seen?" And then, just a few weeks later, they'll do it again? I try very hard not to be one of those people. But, for the life of me, I can't think of an animated theatrical release worse than Norm of the North. This film, originally scheduled to be released direct-to-video, has been released on over 2400 screens in North America. It's worse than your typical CGI TV show aimed at two-year-olds. It's worse than a first-year animation student's two-minute short he made while fooling around. It's worse than Adam Sandler's last four movies combined.

Okay, that last one is going a bit too far. His last three movies combined! 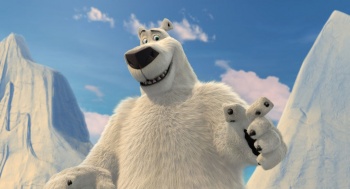 Norm of the North is about a polar bear (Rob Schneider) who can inexplicably speak "human" - apparently a universal language - and whose icy home in the Arctic is being put at risk as a businessman, Mr. Greene (Ken Jeong, who's just having an awful weekend), wants to build condos there. So, he travels to New York City to make outdated pop culture references! Whoops. I mean: to save his home! To do so, he becomes Mr. Greene's #1 spokesperson. Yes, that's his plan. But, then, Greene's plan is to sell condos in the Arctic of all places, so who's the stupidest one here? (Hint: Anyone wasting their hard-earned money on Norm of the North.)

Mostly, though, he spends his time in New York making those aforementioned pop culture references and twerking, because if there's one thing we need in movies aimed at the under-10 crowd, it's a twerking polar bear - a twerking polar bear who "dances" for a good five minutes of Norm of the North's 90-minute running time. Then again, if he's dancing - which he calls the "Arctic Shake" - at least we don't have to focus on any of the film's other abysmal elements.