And so we continue. The first seven episodes of Marvel's Agents of S.H.I.E.L.D. were a decidedly mixed bag, the portrait of a show whose ambition far outran its early ability or genuine sense of self. There's a general consensus that it wasn't until the final stretch jumping off from Captain America: The Winter Soldier that the series really figured itself out, but how much was worth salvaging in the lead-up? Let's continue our look back... 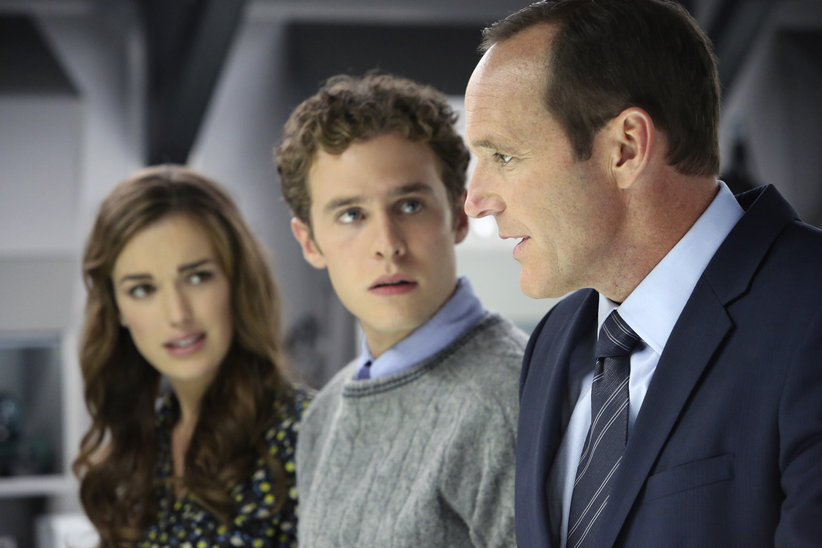 Episode 8: The Well
A lot of fans still have a chip on their shoulder about this one, owing to how it was sold: Heavily hyped as a tie-in to the just-released Thor: The Dark World (and thus the series finally getting around to being the MCU reference-fest some are still demanding), instead its movie connections turned out to be tenuous at best (Aww, man! You just missed Thor! He was totally here!) and after a jokey opening moved on to a Thor-adjacent story that could've been done anytime movie or not.

Me? Well, while the tie-in may have been lame I still contend that this is one of the standouts of the season. The MacGuffin (an Asgardian staff that gives you super-strength but also makes you hyper-aggressive) is cool, Peter MacNicol is great in a guest-spot as a working-class Asgardian who'd rather chill on Earth and the glimpses into Ward's abusive childhood are good early teases at how complicated we'd eventually find out he is.

But the showpiece is seeing Ming-Na Wen finally get to cut loose as Agent May - first in a standout fight scene and later in the first character-oriented "Whoa!" stinger of the series when she invites Ward into her room. She becomes (and remains) the most consistently interesting person on the team from here on out, both for the complicated nature of her character and the formula-breaking nature of the show opting to (temporarily) pair their resident "young hot guy" character with a partner two decades his senior. 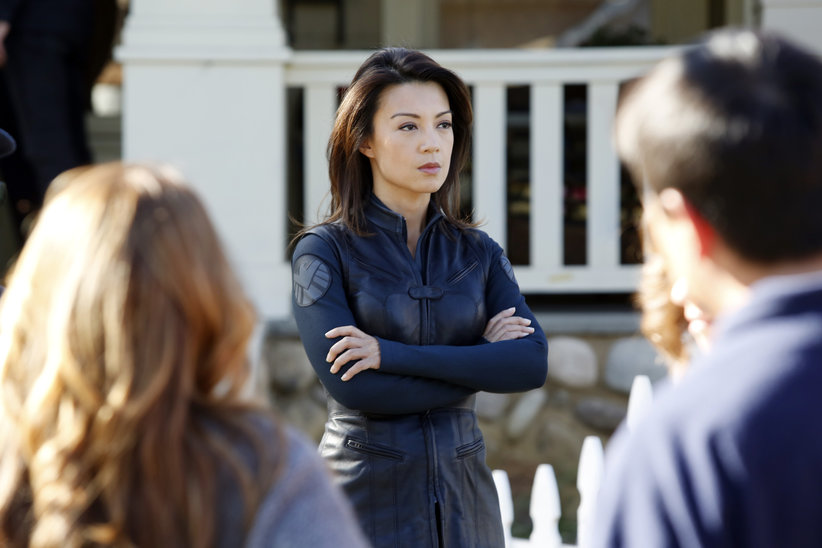 Episode 9: Repairs
For some reason people seem to really like this episode, but for me it's an easy contender for Season's Worst with 0-8-4. It's not so much that it's terrible or anything, just that it's the definition of dreary filler, ostensibly "important" in series-canon because it's the first time we're told the backstory for May's jaded introverted-badass persona (apparently she's strung-out over having to kill a yet-unnamed cult leader who may have been a supervillain of some stripe in the recent past); but there's no reason that information couldn't have been fit into a better episode.

Other than that, it's a "monster of the week" clunker, with The Agents trying to help a young woman who might be possessed, then might be telekinetic (oh yeah, this is also where we find out that psychic powers aren't supposed to exist in the Marvel Universe yet, so there's that) but then turns out to be being stalked/guarded by the dimensionally-displaced "ghost" of a dead factory worker. Not a bad premise for a "scary" episode, but very dull execution.