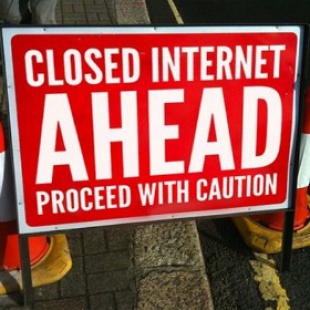 It's likely FCC Chairman Wheeler will obstinately continue trying to kill the Internet. But it's far from too late to do something about it.

The sound you're hearing is a million Internet users screaming "fuck" at the top of their lungs. That's because the fight to protect Net Neutrality has just entered a critical phase.

A brief recap: Earlier this year, the FCC lost an important legal battle when a federal court struck down convoluted Net Neutrality rules enacted in 2010. It's easy to blame the court, but the FCC brought that verdict on itself thanks to a 2002 decision to classify broadband like cable services instead of like a public utility. (Read more on that here.) The FCC vowed to do everything it could to support an open Internet, but in late April, it revealed proposed new rules that were, to put it mildly, a poison pill shit sandwhich. Primarily written by Chairman Tom Wheeler, the rules were described as protecting net neutrality, but actually enshrined its opposite, allowing companies to charge higher rates to ensure faster speeds for those websites willing to pay. It was a terrible move, but fortunately, the response was... not positive.

After intense backlash from activists, elected officials and eventually a consortium of web-based and tech companies, late last week the FCC revealed plans to amend its initial proposal. So it was that yesterday, the FCC voted along party lines to make the revised version of this proposal available for public comment.

By now you know that the rules barely change anything about the proposal. In essence, they remain a mishmash of blatant giveaways to the telecommunications industry, but now include slightly less vague promises to ensure the consumer isn't ripped off, and that startups aren't squeezed out of the online marketplace. It's nothing more than a sop, and you'd be forgiven for assuming that the fix is firmly and irrevocably in.

However: all is not lost. Despite the rather toothless attempt to mollify the critics, and despite the clear-cut corruption on display at the FCC, the decision by Chairman Tom Wheeler to offer even slight revisions, and statements made by the two other Democrats on the FCC committee, offer hope that there is a real chance to beat back this latest attempt to turn the Internet into a feudal petting zoo.

With that glimmer of hope in mind, here's what you need to know about this stage of the fight. Let's get punchy, shall we? 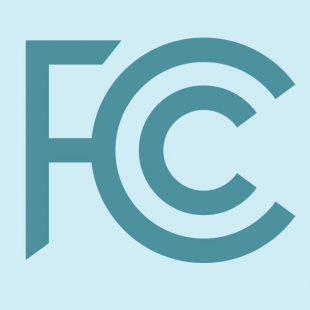 Yes, the new rules are absolutely terrible. Promising the thing that everyone wants - net neutrality - while delivering the precise opposite, they insult the subtlety of the word "Orwellian". Even so, there's a silver lining: despite longstanding ties to the cable industry which clearly influenced FCC Chairman Wheeler's whimsical concept of Net Neutrality, he clearly wants to at least appear that he sincerely listens to citizens.

Immediately after the original version of this terrible proposal was revealed, the outrage it caused led Wheeler to issue a statement insisting that his rules did in fact protect the principle of an open Internet. This was, of course, nonsense, but it's notable that he felt so pressured by what was, at the time, the outrage of unconnected advocacy groups and regular folk that he felt it necessary to do damage control.

What followed was two weeks of protracted anger that ultimately led to Senator Al Franken throwing his relative weight behind net neutrality supporters, and soon after, to a slew of web and tech companies joining him with an open letter to the FCC. The result: Wheeler attempted a face-heel turn with the tepid revisions now available for public comment.

What's interesting is that Wheeler even met with pro-Net Neutrality groups prior to yesterday's vote. Where previously he was almost dismissive of complaints, the fact that he is now trying desperately to maintain the fiction that he remains on the side of Open Internet activists is promising.

But beyond Wheeler's tentative willingness to bend before public opinion, there's also the very real possibility that among the Democratic faction of the FCC, currently the majority, there is support for far more robust protections of Net Neutrality, and indeed, they may in fact be counting on public outcry to make that happen.

Related to:
ross lincolnfccfeaturesmovies and tvnet neutralityscience and tech
0
Tweet