New Games To Look Out For at Essen/Spiel 2015

The Internationale Spieltage, AKA Spiel, AKA Essen after the German city it's held in, is the E3 of tabletop games. This is where the biggest products from around the world around get demoed and released. It takes place from October 8th to 11th, but the list of games and publishers that will appear has already been revealed. These are some of the products that will shape the tabletop landscape in the coming year, so let's take a look! 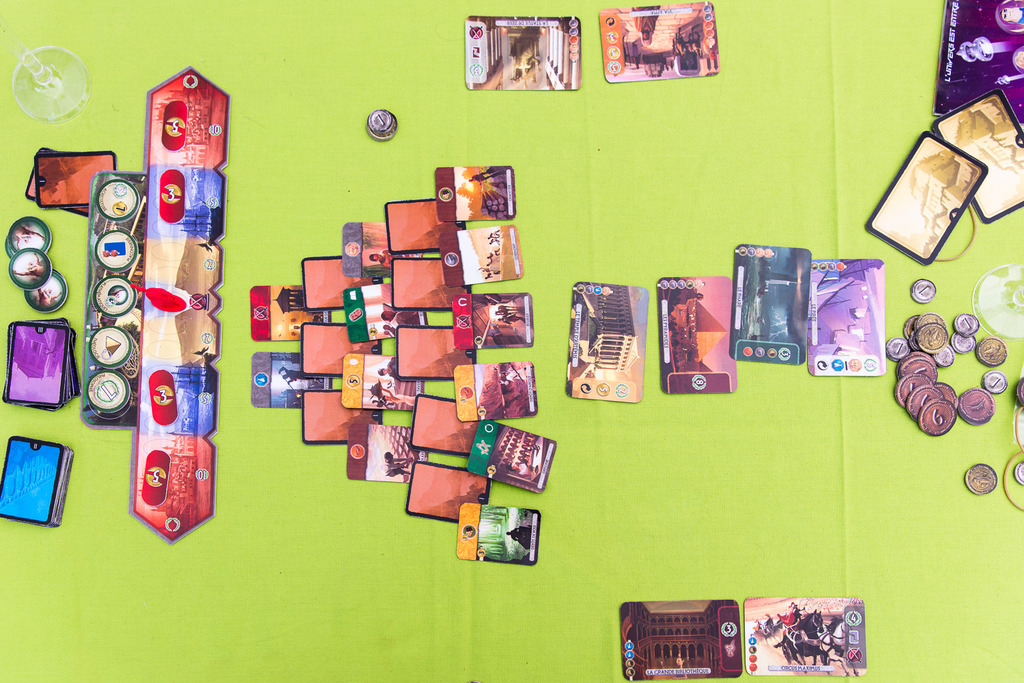 7 Wonders is a card drafting game where players try to build the grandest civilization around a wonder of the world. Unfortunately, the game only runs well at high player counts, and 2-player 7 Wonders is practically unplayable. It requires you to awkwardly run a makeshift A.I. player for the other players to draft with. 7 Wonders: Duel solves this problem. It's a stand-alone game specifically designed around a two player open pack draft style, which should be familiar to anyone who has played Magic: The Gathering. Instead of passing cards around the table, you draft by picking cards from an array spread out on the tabletop. It also introduces new military and scientific win conditions, unique build trees, and even new resources. It's great for anyone looking to get a drafting fix without a regular gaming group.