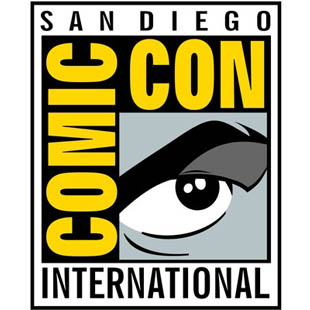 The Comic-Con 2014 panel on the career of Batman co-creator Bill Finger was revelatory, frustrating, and celebratory.

Having dreamed up the bulk of classic villains, the iconic cape and cowl, the setting, numerous supporting characters and even the nickname "the dark knight", Bill Finger was, inarguably, a huge part of making Batman Batman. He was also, as was common during the time, robbed of any credit for his work. Bob Kane famously arranged a contract with DC that gave him sole credit for creating the caped crusader, leaving Finger to toil in obscurity throughout his career: he died nearly broke in the early 1970s, largely forgotten. To this day, DC has refused to consider changes to how Batman is credited.

However, we now live in an era when it is far more difficult to keep such unpleasantness on the down-low, and so it is that things are beginning to change for the Bill Finger legacy. Thanks to the efforts of a broad consortium of people, increased attention has been brought to his contributions, and calls have increased for DC to officially acknowledge them. As part of that push, Comic-Con 2014 is hosting two panels about Finger, the first of which, an examination of his career, was held earlier today.

The discussion, equal parts personal remembrances and public awareness campaign, wasn't the source of any drama, but it was a touching, informative affair also notable for further revealing not only the extent to which Finger was screwed over, but the increased willingness of industry veterans to admit to deep regrets about the matter.

For those unfamiliar with Finger, the panel provided a brief, but useful overview of his impact on comics via a tribute video that rattled off such creations as The Joker, Two Face, The Riddler, the original Green Lantern, Lana Lang, and many, many more. It was a useful glimpse of his career, but ultimately, the panel's central question became "who was Bill Finger, the man?".

It was noted more than once how private he was, and how he tended to isolate himself. He worked with numerous people whom he never personally met, for instance. Further, given that he died 40 years ago, not many people are left alive who knew him personally. Despite this, the recollections by panelists who did know him, even if only briefly, allowed a portrait to emerge of a dedicated, but unassuming man who by all accounts was generous to friends and colleagues, but perhaps too nice, at least when it came to defending his own legacy. 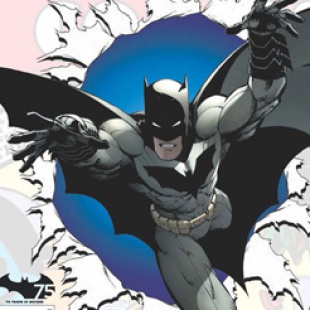 However, whether or not he could have been more aggressive in fighting for the credit owed to him, the fact is that the credit was, in fact, owed to him. The surprising thing is how willing people who perhaps could have done more at the time to admit their mistake, as exemplified by the surprise appearance, late in the panel, by comics legend Denny O'Neil. O'Neil noted that Finger was immediately welcoming to him when he joined DC, having offered frank, and helpful advice for dealing with the comics industry's business practices. Later in his career however, O'Neil, as he put it, got "caught up in the comics business" and lost touch with Finger. "I wish that I had sought out Bill to spend more time with him," he said. "And although it would have been impossible when I became the Batman editor, I wish I'd tried harder to get him credit."

Other highlights included Uslan's account of meeting Finger in the early 60s - inside a bar - when Uslan was only 13. Weirdly enough, as Marc Nobleman noted, this meeting ended up being written up in The New Yorker, the only time Finger's name appeared in print in mainstream press during his lifetime. Meanwhile, again and again, panelists emphasized that Finger's contributions were more than simply conceptual. In addition to his creation of Batman's essential elements, he was frequently described as visionary in how he understood the potential of comics as an art form.

He would, so it was said, dig deep into his research while writing a comic script, and would often attach photos, such as Douglass Fairbanks' movie screen acrobatics, to them to illustrate what he was trying to convey to a particular artist. Which, essentially, means he also helped to create the visual language of comics, a point O'Neil made explicit. "He was the first... to understand the splash page," O'Neil said, adding that Finger uniquely understood "the potential of comics... of the kind of stories the medium could tell".

Though the panel was intended only to explore Finger's work, it couldn't avoid discussing the impact of denying him credit for his work. Athena Finger admitted she had grown up wanting to avoid the discussion completely, as no one ever believed her when she told them that her grandfather had co-created Batman. That experience was until recently shared by her young son, though he said during the panel that the publication of "Bill The Boy Wonder" has made it easier.

The fact that Finger was denied significant financial rewards by not being credited as co-creator of Batman was also difficult to avoid: near the end of the panel, Athena admitted she is too poor to replace her broken computer, (it hardly needs to be pointed out that this is a fate not shared by the descendants of Bob Kane.)

Of course, the willingness of a veteran like O'Neil to acknowledge the injustice of denying Finger his due during a panel like today's doesn't necessarily mean any meaningful change is coming. However, on Friday, a second panel will argue the contentious question of just how much credit Finger deserves. We may have a better idea then just how far the discussion has been pushed.