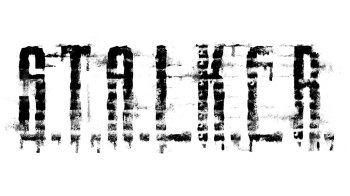 German publisher bitComposer Entertainment says it has acquired the rights to the S.T.A.L.K.E.R. videogame franchise, but others aren’t so sure.

Those who like S.T.A.L.K.E.R. like it a lot, and for them it was sad news indeed when S.T.A.L.K.E.R. 2 appeared to go down for the count at the end of 2011. Numerous rumors have since suggested that the game might still be alive, somewhere and somehow, and in July came reports that Bethesda, the house of Fallout and The Elder Scrolls, had stepped in to assume control. Most of the original GSC Game World team, meanwhile, has gone off to work on Survarium, a free-to-play online shooter with a powerful S.T.A.L.K.E.R. vibe.

And now bitComposer has come along to throw things into even greater confusion. “bitComposer Entertainment AG has acquired the exclusive worldwide rights for future video game adaptations of the acclaimed S.T.A.L.K.E.R. brand from Boris Natanovich Strugatsky,” the company announced today. “This is the second strong international license that the Eschborn-based company has acquired within the space of a few years, and this move ensures that the successful series will continue.”

That’s great news, but there’s a problem. Strugatsky, who died on November 19 at the age of 79, was the author of, among other works, Roadside Picnic, the 1977 sci-fi novel upon which the game is loosely based. And according to Sergey Galyonkin, the EMEA Marketing Director at Nival, Strugatsky held the rights to the Roadside Picnic “Stalker” but not the S.T.A.L.K.E.R. videogame IP, and that’s what bitComposer has acquired.

Maybe it’s a mistranslation, maybe it’s a misunderstanding or maybe somebody is just completely wrong about something. It’s even possible that we could eventually end up with two separate franchises, S.T.A.L.K.E.R. and Stalker, perhaps a bit like the situation that turned F.E.A.R. 2 into such a mess. BitComposer was unequivocal about its claim to ownership of the videogame rights in a followup email, although it did shed a little light on where the confusion may come from.

“The Stalker license has been acquired by bitComposer from Mr. Boris Strugatsky. The license we´ve acquired is only for use in PC and videogames. So from the legal side we (bitComposer) are the license holder of Stalker. This has nothing to do with Roadside Picnic,” a rep said. “However, we do not own the right of the pictured logo of Stalker. The right for this special graphic belongs to other right owners.”

The good news is that there’s enough publisher-level interest in the S.T.A.L.K.E.R. franchise to keep it kicking. The bad news is that if this descends into a concerted battle over the rights to the IP, it could be a long time before anyone is actually able to make a new game. Either way, we’ll keep you posted.

UPDATE: GSC Game World, the company that developed the first three S.T.A.L.K.E.R. games, has told me that it, and not bitComposer, are “the sole owners of all the intellectual property rights to the S.T.A.L.K.E.R. game series and the brand overall, including all the trademarks, the game universe, the technology etc.”

“From time to time news on the S.T.A.L.K.E.R. brand purchase by this or that company appear over the internet. We relate such a keen interest in the brand to its exceptional popularity,” the company said in a statement. “Even the purchase of rights to create a Roadside Picnic book-based game by a small publisher is presented as the continuation of S.T.A.L.K.E.R. franchise. We have doubts regarding the mentioned product by bitComposer (the publisher of S.T.A.L.K.E.R.: Call of Pripyat on some territories), since the latter has significant debts in terms of fulfilling the obligations under the existing contract between our companies.”

It would seem that a dispute is brewing.