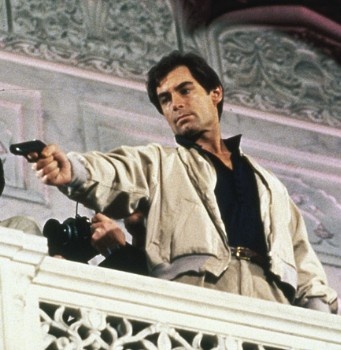 James Bond, the world's greatest spy, has met his match in something far more dastardly than a mere super-villain: Tough economic times and the uncertain future of MGM.

Dr. No. Blofeld. Scaramanga. Le Chiffre. They all tried, and they all failed, to bring down Commander James Bond of Her Majesty's Secret Intelligence Service, the world's most famous secret agent and assassin. The 22 James Bond movies (24, by some counts), dating back to Dr. No in 1962, represent the most successful movie franchise of all time; yet after all those years, all those victories and all those women, the greatest threat ever to face the redoubtable Mr. Bond is not some mad scheme of world conquest but an entirely non-nefarious downturn in the worldwide economy.

MGM, the studio behind the movies, is struggling with a massive debt load and has reportedly been hit hard by the recession. A sale of some or all of its parts is being pursued but doesn't seem to be going as well as hoped; as a result, production of the new Bond film has brought to a halt.

"Due to the continuing uncertainty surrounding the future of MGM and the failure to close a sale of the studio, we have suspended development on 'Bond 23' indefinitely," Bond producers Michael G. Wilson and Barbara Broccoli said in a statement. "We do not know when development will resume and do not have a date for the release of 'Bond 23'."

The announcement is a bit of a surprise, given the success of Daniel Craig in rejuvenating the moribund series with the hits Casino Royale and Quantum of Solace. Craig's third Bond film was expected to come out next year and while there's no doubt that it will eventually be made, fans of the film could be in for a much longer wait than expected.