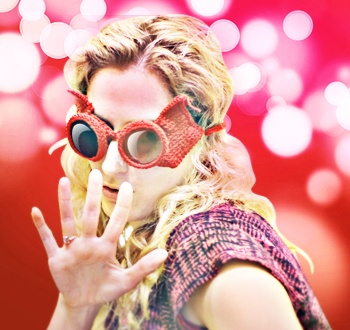 Receiving the prestigious Nobel Peace Price isn't usually in the cards for any game designer, but for ARG mastermind, Jane McGonigal, it just makes sense.

Many people first heard the name Jane McGonigal in connection with the ilovebees Alternate Reality Game that was run in conjunction with the release of Halo 2. For many, that game was the first time that they heard how internet forums, and secret clues left in meatspace, could be tell a story through a shared reality. McGonigal didn't stop there and crafted several more games over the years, culminating in Urgent EVOKE, which encourages African schoolkids to make the world a better place. But perhaps greater than all of this, is the game that she made for herself, SuperBEtter, to help her recover from a concussion, as Allen Varney tells in issue 252 of The Escapist:

Taking a heroic identity, Jane the Concussion Slayer, she embarked on a "superhero to-do list" of goals, "trying to level up in things that are going to help me recover" (1. Satisfying work to do). She identified bad-guy symptom triggers, power-ups and productive tasks that didn't strain her, like baking cookies (2. The experience of being good at something). She recruited her husband and twin sister as allies who bestowed "achievements" for her SuperBetter accomplishments (3. Time spent with people we like).

Within days, her mood lightened and her motivation improved. In five weeks, she recovered completely.

Jane McGonigal believes that games can be a force of good and change the world for the better. With the evidence of Urgent EVOKE and her recovery ARG, SuperBetter, she's proved that she can do it. Now, we just need to get the Nobel committee on board.

Letters to the Editor: The Way of the Future John Funk 0 Comments

Featured Articles: Thank You, But It's Still Not a Game Jeremy Monken 67 Comments

Editor's Note: The Way of the Future Greg Tito 6 Comments