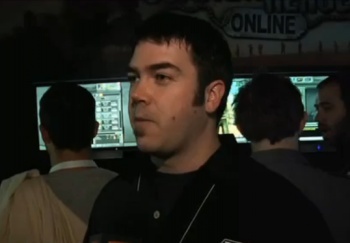 Company of Heroes designer Brian R. Wood has been killed in a tragic automobile collision.

The 33-year-old Wood was traveling with his wife on Whidbey Island in Washington State when his Subaru Outback was struck head-on by a Chevy Blazer being driven by 21-year-old Jordyn Weichert. A Washington State Patrol spokesman said the wreck was caused when Weichert attempted to remove her sweater while passenger Samantha Bowling held the wheel. Bowling lost control of the vehicle, which crossed into the opposing lane and collided with Wood's SUV.

Wood's wife Erin, who is six months pregnant, was hospitalized and is listed as being in "improving condition." Two other passengers in Weichert's vehicle, 25-year-old Jacob Quistorf and 26-year-old Francis Malloy, were also killed.

Weichert is believed to have been under the influence of drugs at the time of the collision and could be charged with vehicular homicide and vehicular assault, according to the spokesman. She will be booked into Island County jail when she's released from hospital; Bowling is also facing a possible vehicular homicide charge.

We at The Escapist extend our deepest sympathies to Wood's family and friends for their terrible loss.

Gallery of the Day: 8 Reasons Why Games Workshop Loves You WMDogma 8 Comments