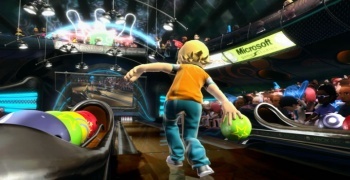 Microsoft's Aaron Greenberg thinks that Kinect launch will be bigger than that of the Xbox 360 itself.

Motion controls are one of the more heated battles in the console war. Nintendo struck the first blow with the Wii, and now Microsoft and Sony are entering the fray with Kinect and Move. Sony has warned that Move sales might start off a little slow, but Microsoft seems more confident with Kinect, predicting that millions of people will buy the system when it launches in November.

Xbox product director Greenberg said that by Microsoft's estimates, Kinect was going to sell three million units over the holiday season. He said that that figure was based on retailer feedback - which Greenberg said was very sophisticated - as well as Microsoft's own research. According to Greenberg, Microsoft is spending more on marketing Kinect than it did on the launch of the Xbox 360, and believes it will be more successful.

This enormous spend, said to be hundreds of millions of dollars, is because Microsoft is treating the launch of Kinect like the launch of a new platform, and Greenberg reiterated that it would extend the lifespan of the 360 for another five years. "I think what [Kinect] enables us to do," he said. "Is to keep things fresh, enable developers to bring new IP to the market, and enables people to have new experience."

Microsoft's predictions aren't that far from the numbers that market analysts have been reporting. Last month, Colin Sebastian of Lazard Capital Markets upped his estimate on the numbers of Kinect units Microsoft would ship based on retailer numbers, and Caris & Company analyst Sandeep Aggarwal believes that Kinect will generate a billion dollars of revenue in its first year.

Kinect hits the market on November, and then we'll be able to see if Microsoft's investment has paid off.