Anyone that loved or hated the Transformers movies should take a gander at where Voltron could be headed.

The Transformers movies were well done and all, but something about them just didn't speak to my inner geek. The one movie with the chance to take a new run at that geek is the upcoming Voltron live-action film, for which recently revealed concept art looks amazing.

Movie website JoBlo recieved the exclusive images, which hopefully show the true art direction the movie will go in. It's sort of like the Transformers movies, but the art retains the colorful look of the robots it's based on. Take a peek. 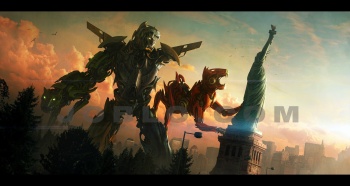 Voltron was based on a Japanese animation series and released in North America in the early 1980s. It follows the pilots of five differently colored robotic lions that have the ability to merge together to form a more powerful humanoid robot named Voltron. One forms the torso, while the others form the arms and legs. 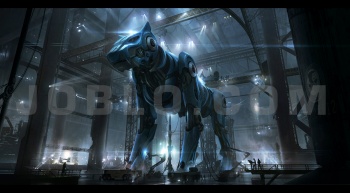 Along with Thundercats and He-Man, Voltron was a staple of 1980s cartoons and a revival called Voltron Force is a brand new series that will be hitting televisions this year. We'll have to wait a lot longer for the live-action movie, Voltron: Defender of the Universe, said to possibly be scheduled for 2013, but Atlas Entertainment is hoping to get things moving with a pitch that uses this art. 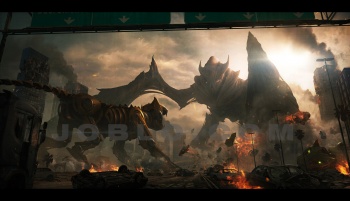 The franchise's robot lions look amazing and are shown battling a vicious enemy in the ruined remains of New York. I think we all know that robots are cool, but gigantic robotic animals that merge into humanoid robots are much cooler. Now if the Voltron movie can just follow this art direction, and bring the world the next Megan Fox too, it'll be golden.