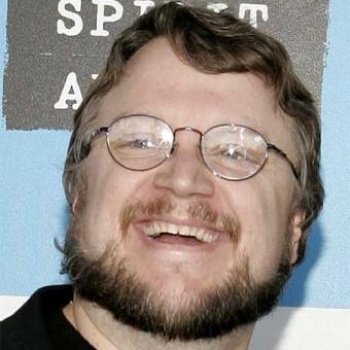 Guillermo del Toro sat down with the bigwigs at THQ and told them to bring a new feature to the table or don't attend the next meeting.

In case you haven't heard or missed the teaser reveal at the Spike's Videogame Awards, Spanish film director Guillermo del Toro is making a game trilogy. His films all have a hint of the occult (Hellboy, Pan's Labyrinth) and Insane's Lovecraftian themes of madness seems no different. But in a recent meeting with Danny Bilson, the VP of Core Games at THQ and former filmmaker himself (he wrote The Rocketeer), del Toro said that he wanted everyone there to come up with a feature that you've always wanted in a game.

So what was Bilson's dream feature?

"Mine's Autotuning," he said "To have a great fiction game, everyone has to finish the game. To have a trilogy you have to get to the end and care about the story. You can't care about the story if you choke off halfway through or you get sick of it or fatigued or whatever. So the game will have the coolest AI-based auto-tuning where it's challenging for everybody."

Wait, so, Bilson is a creative guy, right? In addition to writing The Rocketeer, he also worked on TV series like The Flash and The Sentinel. And his dream feature is to come up with an AI to adjust the difficulty slider?

Surely, he could come up with something more interesting than that? Well, no, apparently he couldn't. And don't call me Shirley.

Gallery of the Day: 8 Ways To Celebrate The Birth of Guillermo del Toro DrStrangelove 5 Comments

High Definition: MovieBob's Take: The Strain Premiere Was a Strain to Watch MovieBob 23 Comments
Comments on