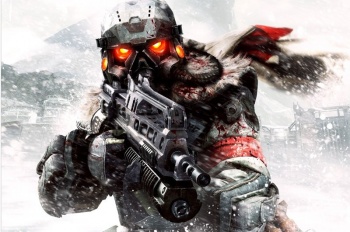 You might turn more slowly with motion controls, but according to one of the principal programmers for Killzone 3, the extra accuracy more than makes up for it.

Guerrilla Games programmer Tommy De Roos, who was responsible for implementing Move controls in Killzone 3, thinks that in time, pointing at the screen will replace the traditional controller as the input method of choice for FPS games.

De Roos thought that hardcore gamers were coming round to the idea of motion controls. He said that many core gamers had been reluctant at first, but he found that people who had tried the motion controls on the PS3 were surprised at how well they worked and how much they added to games. De Roos admitted that using motion controls did mean some loss of accuracy while rotating, but said that the accuracy boost in the rest of the game more than made up for it.

He wasn't about to get ahead of himself, however, as he acknowledged that it is still very early days for motion controls. He said that Nintendo had done a lot of research into the idea, and that Sony was starting to do the same. He was confident, however, that in a few years time, all FPS games would use motion controls, and specifically a pointing controller like the Move.

De Roos seems to be talking about console FPS games, rather than FPS games in general; it's hard to see PC gamers giving up their mice and keyboards for something that does pretty much the same job, only less well. It's entirely possible that De Roos is right, and that console gamers will one day embrace motion controls for shooters, but it seems like that day is a long way away. That's not because that there's anything wrong with motion controls, but it seems like it will be hard work getting millions of gamers to shell out for a motion controller when they have a perfectly good, regular controller already. If the next generation of consoles comes with both regular and motion controllers in the box, however, it will be interesting to see which one people favor.

Killzone 3 comes out for PS3 on February 22nd.