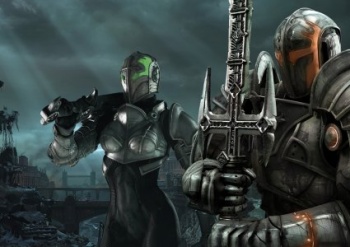 Despite the catastrophic failure of its first attempt, Hellgate: London has been granted another chance to crack the North American gaming market.

Before we get to the actual story however, you may require a bit of backstory.

Circa 2007 Hellgate: London was a wildly anticipated massively multiplayer action RPG. The development team responsible for the game was headed by a group of ex-Blizzard Entertainment employees who had worked on the Diablo series, and fans were hoping they could translate that same kind of addictive gameplay into the online space.

Unfortunately, the game suffered a rocky launch. Patches to fix Hellgate's numerous (if not entirely atypical for the genre) bugs were announced and then never released. Fans began losing faith in the developer, and many jumped ship back to MMO stalwart World of Warcraft.

In 2008, Flagship Studios declared bankruptcy, and shuttered its doors. Publisher Namco Bandai attempted to provide support for the game's existing playerbase, but the game was mortally wounded and its remaining US servers were taken down in January of 2009.

It's tragic, but don't mourn the game just yet. During the fall of Flagship, Korean publisher Hanbitsoft purchased the rights to Hellgate: London. Previously the firm had been the Korean distributor for the game, and sensing a still-viable fanbase, Hanbitsoft refused to let the game die.

Fast forward to modern times, and Hanbitsoft has acquired the rights to publish Hellgate: London in North America. According to a press release issued this morning, "the game will launch as a free-to-play MMO in closed beta from June 3rd to June 5th."

As far as I can tell, the game is essentially the same title that Flagship released four years ago. Even the new Hellgate site seems straight out of my memories of the original launch. The key change of course, is that this new iteration doesn't require gamers to pay a monthly subscription fee to shoot demons with their pals.

Will that be enough to resurrect Hellgate: London, or is the game doomed to crash and burn yet again?

Answer: Who cares? Free is free, and come June you'll suddenly have another outlet for your demon-shooting fantasies.

If Only Adam LaMosca 11 Comments
Comments on