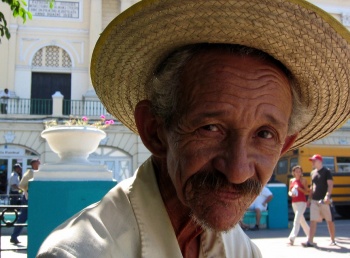 Despite the stereotype that videogames are a hobby exclusive to teenage boys, a new report from the Entertainment Software Association claims otherwise.

Most striking is the ESA's claim that the average gamer is now 37 years old. This theoretical person has been playing games for 12 years and there is a pretty solid chance that he might actually be a she.

42 percent of gamers are of the female persuasion, the report claims, and lady gamers make up "a significantly greater portion of the game-playing population (37 percent) than boys age 17 or younger (13 percent)."

Additionally, people beyond the age of 50 are increasingly turning to games for entertainment. 29 percent of the elder population now enjoy virtual worlds, a vast increase over the 9 percent of 50-plus year olds with the same affinity the ESA found in 1999.

Of course, this should be come as no surprise if one considers the increasing popularity of videogames among the general populace. The ESA's report claims that 72 percent of American households now play games, a figure that directly led to the gaming industry raking in over $25 billion in 2010.

By comparison, ticket sales for Hollywood films only managed $10.46 billion.

So why the sudden turn toward gaming as the de facto hobby among the majority of the population? I see a number of factors in play here. In the recent past, Nintendo's Wii console made the previously baffling world of console games palatable to nascent gamers, while at the same time cellular phones (and in particular Apple's iPhone) finally came into their own as gaming systems.

It also helps that even those who spend 5 minutes a day playing a copy of Angry Birds that cost less than a cup of coffee can call themselves "gamers."

Combine those factors with the media's sudden love for all things "geek," and gamers lose a lot of that social pariah status they've been traditionally saddled with. When everyone is doing something, it becomes "the thing to do" by default.

No doubt the game industry as a whole is giddy about its ever-expanding playerbase, but I'm sure this is going to stick in the craw of those traditional gamers who reveled in how "unique" their hobby made them. Would any of you like to rage at the geriatrics suddenly ruining gaming with their osteoporosis and inability to understand modern music?