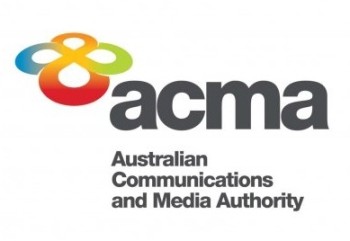 Four Australian internet providers, including the country's two largest, will begin voluntarily censoring the internet next month by blocking access to more than 500 websites.

Australia's plan to filter the naughtiness out of the internet has been kicking around for years but it never seemed to go anywhere because when you get right down to it, effectively censoring the whole internet is a pretty daunting technical challenge. That doesn't even take into account the fact that a significant number of people who actually use the internet are pretty vehemently opposed to the idea. But beginning in July, internet access for many Aussies will in fact be censored, not by the government but by the voluntary actions of four of the country's ISPs.

Telstra and Optus, the two largest internet providers in Australia, along with two other small outfits, confirmed that they will begin to block access to "child abuse websites" provided by the Australian Communications and Media Authority and other unnamed "international organizations" beginning next month. The filter is being put into place despite the fact that the government dropped funding for the plan in May because of "limited interest" from the industry.

"The ACMA will compile and manage a list of URLs of child abuse content that will include the appropriate subsection of the ACMA blacklist as well as child abuse URLs that are provided by reputable international organizations [to be blocked]," an ACMA rep said.

"The effectiveness will be trivial because you're just blocking a single website address [and] a person can get around it by changing that address with one character," she said. "Child abuse material is more likely to be exchanged on peer-to-peer networks and private networks anyway and is a matter for law enforcement."

Another worry, according to the Electronic Frontier Foundation, is that there is no transparency or accountability in the creation and maintenance of the blacklist, which greatly increases the chance of legal websites being inappropriately blocked. It's not known which organizations are contributing to the list of forbidden beyond the ACMA , but the ACMA's own blacklist from 2009, revealed by Wikileaks, included the website of a Queensland-based dentist and other sites unrelated to illegal pornography. There also appears to be no appeals process for any sites mistakenly caught up in the filter.

But possibly the greatest concern is simply that it sets a precedent. Once the filters are in place and Australians have adjusted to the idea, is it much of a stretch to see them put to use blocking content the ACMA decides is "indecent" or controversial? "We've been waiting to hear details on this from the Government," said EFF board member Colin Jacobs. "It they turn out to be zealous with the type of material that is on the list then we'd want to have a discussion about ways to introduce more transparency."

No Right Answer: Is the Internet a Bad Thing? Firefilm 43 Comments
Comments on