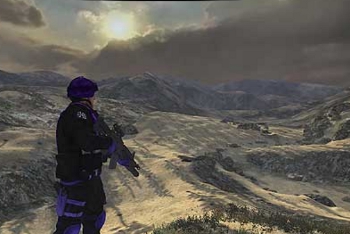 Fans are putting forth their best effort to bring the Firefly MMO back to life.

In 2006, Firefly fans rejoiced over the announcement of an MMO set in the show's sci-fi universe. Those Browncoats were let down in September 2008 when the Firefly MMO, titled Firefly Universe Online, was put on hold where it remains to this day. As with all Firefly fans, they just can't let a good thing die, and a group are restarting development on a currently unofficial version of the game.

DarkCryo Entertainment recently announced that it's continuing development on Firefly Universe Online in an effort to pick up where Fox and Multiverse left off. DarkCryo is hoping to get official endorsement from Fox and Joss Whedon's Mutant Enemy Productions, but for now the project is considered an "unauthorized canonical parody" and tribute.

Development efforts on Firefly Universe Online have already been underway for some time. The game features appearances from the cast of Firefly, canonical planetary environments, and multiple playable factions such as the Browncoats and the Reavers. It seems like it might have trouble avoiding a C&D order, but we'll see.

DarkCryo is currently seeking modelers, artists, writers, and more to help out. For more information, check out the Firefly Universe Online website.