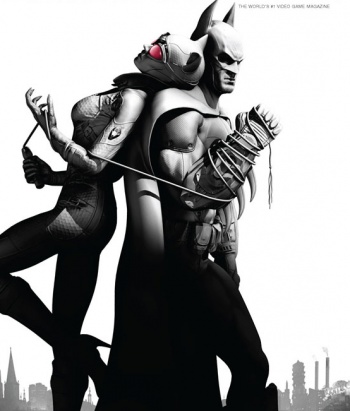 While Batman and Catwoman are clearly into each other, until one of them changes their ways, it just won't work.

It's no secret that Batman and Catwoman like each other; whether it's in movies, TV shows, or comic books, there's a spark between the two of them that's impossible to deny. Batman: Arkham City isn't about to buck the trend, and writer Paul Dini - who worked on Batman: The Animated Series and Batman Beyond - says that there will be a lot of "heat" between them in the game.

"I'd say it's pretty true to their current relationship or what everybody thinks of their relationship," he explained. "There is affection, mutual esteem, and there is also a lot of stubbornness. Like, if you don't do what I'm going to say we're going to fight now." Dini likened the pair's relationship in Arkham City to the sort of thing you might find on TV, with both characters clearly interested in the other, but neither taking it to the next stage.

Speaking about Batman and Catwoman's relationship in a wider sense, Dini said that there would always be friction between the two, as they had very different problem solving methods. There was also the fact that one was a criminal and the other a crime fighter, which tended to make things problematic.

Arkham City has an award-winning writer with a long history of writing for Batman properties, two very talented voice actors playing Batman and Catwoman - Kevin Conroy and Grey DeLisle, both of whom have masses of experience - and a developer that really seems to understand what makes Batman so enjoyable. The deck is really stacked in its favor when it comes to making these scenes work, which is good news for Batman fans everywhere.