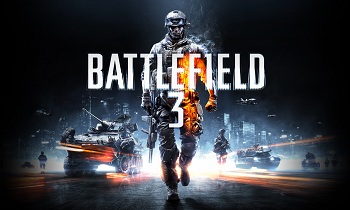 EA thumbs its nose at the PC by restricting in-game server browsing to consoles in its upcoming shooter.

In-game server browsers have been a mainstay of PC first-person shooter games for many years, so it was only logical to expect the upcoming Battlefield 3 to use them as well. That expectation turned out to be incorrect. While the next installment in the hit Battlefield series will allow console players to seek out new games from within the game itself, PC users will be required to exit the game, find a new server with an Internet browser, and then restart it.

Alan Kertz, a game designer with Battlefield 3 developer DICE, confirmed the news earlier today via Twitter. DICE announced only yesterday that the Xbox 360 and PlayStation 3 versions of the game would get an in-game browser for multiplayer servers. According to Kertz, PC gamers will have to use the browser-based Battlelog service instead.

While Kertz stated that the game "starts up REAL fast," fan blog Battlefield3Blog points out that Battlefield 3 will be the only PC shooter in recent memory to eschew the use of an in-game browser.

When developing the same game for different consoles, it's reasonable to expect a few minor differences between versions. However, EA is risking PC gamers' ire by removing one of the features they've come to expect from almost every other FPS on the market. Both console and PC gamers can see how the in-game server vs. Battlelog debate plays out firsthand when the game arrives on October 25, 2011.

Jimquisition: Why PC Gaming Gets Away With It Jimothy Sterling 295 Comments

Miracle of Sound: Comin' For Your Tank (Battlefield 3) MiracleOfSound 55 Comments