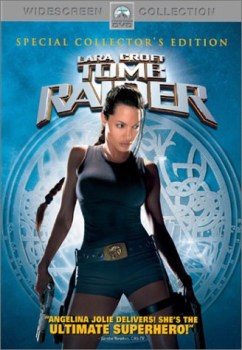 The producer on the upcoming Tomb Raider reboot says the new flick with be "a character piece."

I'll be honest, I'm not much of a movie guy so I'm not entirely, 100 percent certain what a "character piece" is. I assume it means that the focus of the film will be on the characters, specifically their motivations, interactions and the alchemy of personal stories that gives them depth and humanity. Sounds pretty good, anyway. Whatever it is, producer Graham King says we're going to get one in the new Tomb Raider film.

"Listen, the box office [of the first two Tomb Raider films], they weren't disasters but I find it interesting that the story that we're telling is really the story before she became Lara Croft, so it is a character piece," King told ComingSoon.net. "It does have a lot of really great characters, but it's a lot of action and a lot of fun, and for me, it's something very different. I've not really done a movie like that before, but I really gravitated to rebooting this franchise and we're going to give it a shot."

Okay, so maybe a "character piece" is just a movie that has characters. Tomb Raider has those, right? I'm sure it will have lots of gunplay and explosions and witty repartee, too. It's still a ways off, though; according to IMDB it's not currently expected out until 2013.