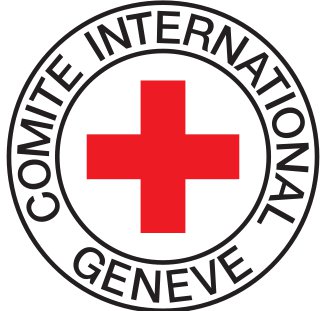 The International Committee of the Red Cross may want the rules of the Geneva Convention applied to videogames.

At the 31st meeting of the International Committee of the Red Cross, held this week to discuss many issues in modern combat throughout the world, a smaller panel was convened to discuss videogames and the effect they have on the public. Specifically, the Red Cross investigated several games that depict modern warfare and examined whether the rules of the Geneva Conventions governing protections for wounded soldiers, civilian non-combatants, and prisoners of war should be applied to videogames.

"While the Movement works vigorously to promote international humanitarian law (IHL) worldwide, there is also an audience of approximately 600 million gamers who may be violating IHL in the virtual world," reads the description for the discussion. "Exactly how videogames influence individuals is a hotly debated topic, but for the first time, Movement partners discussed our role and responsibility to take action against violations of IHL in video games."

For those of you unfamiliar with the Geneva Conventions, here's a fifteen second history lesson. The First Geneva Convention was held in the city of Geneva in 1864 and all the major European powers at the time ratified an agreement dictating the engagement of war and guaranteed protections for wounded and sick soldiers. The Convention agreed that medical personnel are protected and soldiers would not be experimented upon or tortured. As war changed, the Convention met three more times and included more nations, the last of which, in 1949, outlined the international humanitarian law that is upheld in all modern warfare today by nearly all nations on the planet. The International Committee of the Red Cross, formed in 1863, organized these conventions and is instrumental in keeping their tenets observed during warfare.

So what does any of this have to do with Modern Warfare 3?

"Participants were asked: 'What should we do, and what is the most effective method?'" continued the description for the discussion. "While National Societies shared their experiences and opinions, there is clearly no simple answer. There is, however, an overall consensus and motivation to take action."

While it is certainly worthy of discussion how so many games depicting warfare don't actually uphold the rules of engagement which govern behavior in modern war, I fail to see what the Red Cross can or should do about it. Any attempt to write laws or rules about how war can be portrayed in a game would be doomed to failure. The Geneva Conventions have no jurisdiction over our imaginations or creative works, and The Red Cross cannot dictate whether a movie hero tortures a non-combatant or blows up a bus full of nuns on the way to saving the President of the U.N.