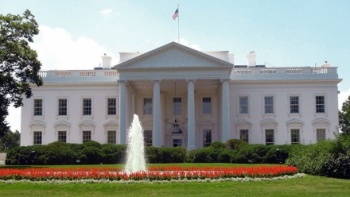 Bad news for everyone who signed the petition demanding Chris Dodd be investigated for bribery charges: The White House isn't going to do it.

A couple of weeks ago, MPAA President Chris Dodd rubbed a lot of folks the wrong way when he made some pretty obvious veiled threats about how Hollywood wouldn't donate money to Obama's re-election fund since the president refused to support the Stop Online Piracy Act. As a result, Dodd found himself the subject of a petition that called for the White House to investigate him on bribery charges because of his statements. The petition reached its required 25,000 signatures rather quickly, meaning the Obama Administration would officially read and respond to it. Well, said response has finally come in, and it's going to leave a lot of people disappointed.

Yesterday, an email was sent out to everyone who signed the petition with the following message:

So, for now, Chris Dodd can breathe a little easier (if he was worried at all, that is). However, it sounds like law enforcement groups could be asked to look into the matter, so this whole case may not be over yet.

Thanks to Alorxico for the tip!

Critical Miss: Drop The SOPA The Wooster 43 Comments
Comments on