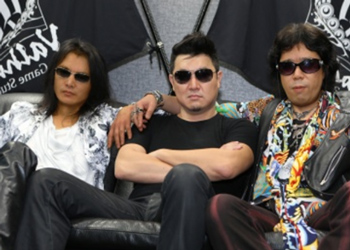 Tomonobu Itagaki's Devil's Third may yet be released thanks to Combat Arms developer, Doobic.

The last we heard of Devil's Third, the first project from Ninja Gaiden director, Tomonobu Itagaki, since his departure from Tecmo, was that the game was half-finished and desperately seeking a publisher. That didn't stop Valhalla Game Studios from announcing they were turning the IP into a full-blooded multimedia franchise, an announcement that seemed somewhat optimistic given that THQ had just dropped the title due to concerns about its profitability.

Today, Valhalla Game CEO, Satoshi Kanematsu, announced that the studio has established a "mutual technical collaboration contract" with Combat Arms developer, Doobic. Doobic will apparently be helping Valhalla finish the game while it seeks a new publisher. The new entity created by the collaboration contract has been given a somewhat less-than-catchy name, Valhalla&Doobic Co., Ltd.

Not only is Devil's Third now somewhat more likely to see the light of day, Doobic will also be working on PC and Tablet versions of the game.

I usually include a video of Devil's Third in action for these articles, but that picture of Itagaki and co is just irresistibly goofy. So here's a link to the game's trailer instead. Enjoy.