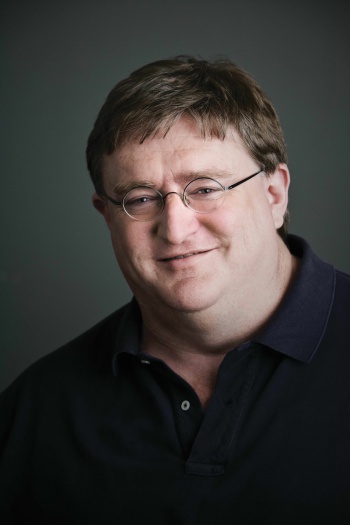 Gaming will make Linux a viable commercial alternative to Windows 8.

Gabe Newell's position at Valve means he can do pretty much anything he wants. His position as owner of the biggest PC digital distribution platform means he can shape the market perhaps more than any other executive. And because Valve is a private company, Newell's not even beholden to make a profit. He's committed to open platforms because he knows it's the best way for innovative software to grow and the former Microsoft employee is pretty sure that Windows 8 is going to suck. That's why he's betting hard on getting Valve games and Steam to work on Linux, the open source operating system created from the kernel left by Linus Torvalds. If Newell can pull it off, maybe Linux will be a viable alternative for customers who won't want to sacrifice their PC gaming.

"In order for innovation to happen, a bunch of things that aren't happening on closed platforms need to occur," Gabe Newell said at an event in Seattle called Casual Connect. "Valve wouldn't exist today without the PC, or Epic, or Zynga, or Google. They all wouldn't have existed without the openness of the platform."

Newell hasn't made his trepidation for the new Windows a secret. "I think Windows 8 is a catastrophe for everyone in the PC space. I think we'll lose some of the top-tier PC/OEMs, who will exit the market. I think margins will be destroyed for a bunch of people. If that's true, then it will be good to have alternatives to hedge against that eventuality," he said.

That hedge is Linux. Linux works great now, but it takes a bit more tender technical massaging to run common applications. Newell thinks that might change if games could run natively on Linux.

"The big problem that is holding back Linux is games. People don't realize how critical games are in driving consumer purchasing behavior," said Newell.

"We want to make it as easy as possible for the 2,500 games on Steam to run on Linux as well."

I don't know if Newell is right about Windows 8 and how its concentration on a touch interface will suck or not. But I do know he's right about games influencing customers. The mere mention of Valve making games work on Linux made me consider installing it on my machine. Maybe gaming can make Linux mainstream.

Uncivil War: Left 4 Dead - "Get To The Choppa" Challenge! Jim And Yahtzee 48 Comments