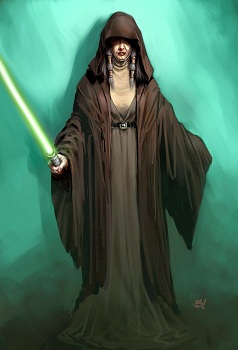 An amateur team presents KOTORII in its fullest form.

In a lot of ways, Star Wars: Knights of the Old Republic II was the quintessential Obsidian game: a beautiful narrative, full of intriguing characters and rich gameplay, hamstrung by bugs and harangued by time constraints. While KOTORII was a compelling game in its own right, fans who bought the PC version and toyed around in the dark recesses of its folders realized there was a lot more to the planet-hopping adventure than was presented in the main story. After three years of painstaking work, the final version of The Sith Lords Restored Content Mod (TSLRCM) is available for download. This mod fixes bugs, restores dialogue, and adds entire storyline sections, making it about as close as you'll get to the developers' original vision of KOTORII without going back in time and preventing them from rushing for a Christmas release.

"I worked on restoring cut content on pretty much every planet in the game as well as fixing gameplay issues," says Zbigniew Staniewicz, the project's leading man. He started out working on a KOTORII project entitled M4-78EP, which would have restored a level where HK assassin droids were manufactured, but transitioned over to restoring cut content after playing around with the game's existing Dantooine level. "We then started working on other planets as well eventually deciding to restore the whole game," Staniewicz recalls. "First public release was in September of 2009 if memory serves."

Since 2009, Staniewicz and his international team have done a ton of work to restore whatever they could from the KOTORII archives without imperiling the game's finalized narrative. "There were certainly some things that were cut intentionally, often probably because of plot changes during the development ... We kept to things that fit with the game, and most of those were cut due to time constraints," he explains. As a result, those who download the mod should be forewarned that not every single piece of cut content made it back in, just the parts of the game that jell with the overall storyline.

KOTORII was arguably a very strong game on its own merits, so it seems like fewer bugs and expanded content could serve only to enhance it. If you've got a hankering to replay this unusual entry in the Star Wars series, or experience it for the first time, it may be worth taking a look at Staniewicz's work. You have nothing to lose but about 60 megabytes of hard drive space.