Imagine, if you will, that you're a French beekeeper. After years of training in all things bee, there's little left in the world of apiculture to surprise you. Each day is mostly the same - you tend the hives, collect your honey, and live a nice, quiet life in the small town of Ribeauville. Then, one day, you see this: 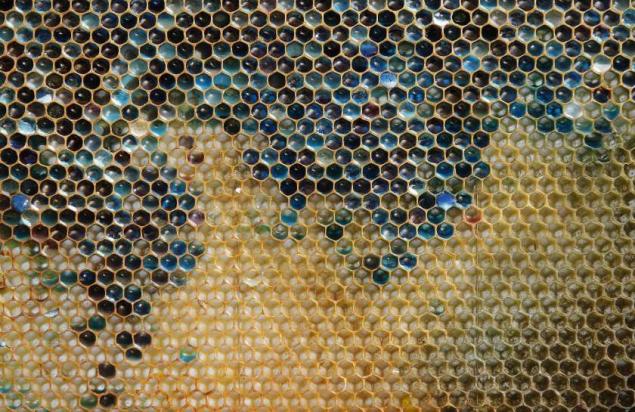 Even though there's a distinctly small possibility that you're actually a French beekeeper, you've still probably seen Winnie the Pooh enough times to know that honey isn't supposed to be green. Or blue. Or brown. Needless to say, the sight also struck the actual beekeepers of Ribeauville as somewhat weird when the strange phenomenon first struck their hives back in August. A swift investigation into the oddly-hued honey led local bee authorities to a nearby M&M's factory where, it is believed, that a bunch of lazy-ass bees have been gobbling processed candy sugar instead of nectar-mining local flowers like nature intended. 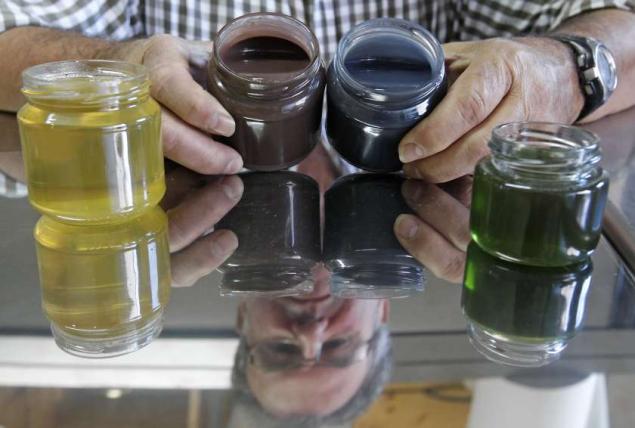 While you may find this wacky honey totally tubular (and it totally is), it's nothing but a major bummer for Alain Frieh, president of the apiculturists' union in France. Reportedly, Frieh's amazing Technicolor dream honey tastes just like normal honey, but he still won't sell it. "For me," he said, "it's not honey. It's not sellable."

It's unclear whether Frieh believes this honey unsellable because of local product regulations, or simply because he thinks people wouldn't shell out for bright blue honey, but if the latter, I heartily disagree. Despite the somewhat unsanitary idea of factory waste-honey (sugary delicious, perhaps, but waste none the less), and the ecological repercussions of bees and flowers breaking up as BFFs, I would totally buy a jar.