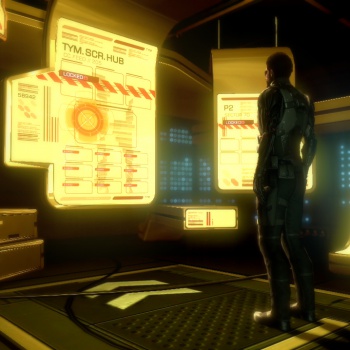 A new law allows the government to shut down sites it deems inappropriate for its children.

Censorship is bad for humans. There. I said it. The internet has done some wonderful things in the last 20 years or so to allow even people in nations under strict government control to communicate freely. But unfortunately, a new law in Russia might throw all that freedom of information out the window. An extension to the country's present Act for Information, adopted by the legislature and signed by Vladimir Putin in July, went into effect this week. The new law creates a "blacklist" of websites the government can shut down to protect innocent children, stating the intention is to control websites with child pornography or instructions on how to commit suicide, for example. The world's thought leaders, however, don't think the blacklist will be limited to just pornography.

"Of course there are websites that should not be accessible to children, but I don't think it will be limited to that," said Yuri Vdovin, an official from a human rights organization based in Russia. "The government will start closing other sites - any democracy-oriented sites are at risk of being taken offline."

To prove his point, Vdovin says the law will only target websites to which the Russian government is politically opposed. "There are lots of harmful websites out there already, for example, fascist sites - and they could have easily been closed down by now - but no, [the government] doesn't care, there are no attempts to do so," he said.

One potential problem with the new law is that the blacklist will be maintained by unelected officials by Russia's equivalent to the FCC and the contents of the list won't be disclosed to the public. The chance for abuse of power seems high to those opposed to the law.

Russian Telecom Minister Nikolai Nikiforov said the allegations of censorship were unfounded. "The government is not aimed at enforcing censorship there," he said on Tuesday and he specifically stated that major hubs would not be affected "LiveJournal, YouTube and Facebook showcase socially responsible companies. That means that they will be blocked only if they refuse to follow Russian laws, which is unlikely, in my opinion."

China already strictly enforces censorship of its internet, vigorously taking down capitalist or protest-oriented websites and inhibiting major searches engines like Google. To think that Russia might follow suit would be a huge blow to the freedom of information across the world. Here's hoping Russia doesn't abuse the powers it has created for itself.

Source: BBC and Voice of Russia